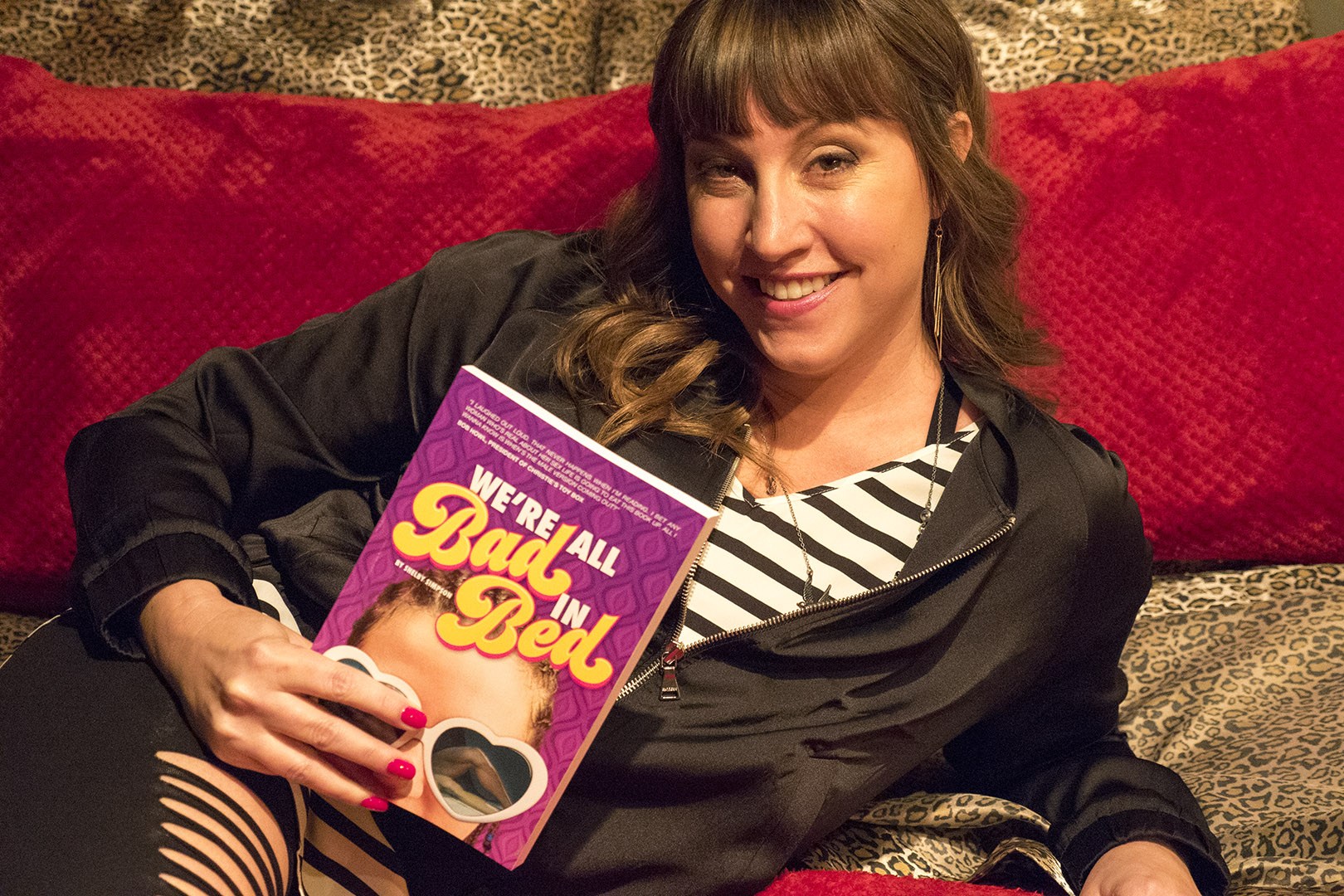 We all may love to think that we’re dynamite in the sack, but let’s be honest, that’s not always and sometimes hardly ever true. If you’ve ever experienced a true bedroom fail, noted author and Enid native has just the show for you in Tulsa during the first week of August, Bad In Bed: Live which is of course a take off of her hit book We’re All Bad In Bed.

While her first book Good Globe was about the many travels she’s had since leaving her hometown right here in Enid, and travel remains one of her greatest passions, her so-so experiences after dark along with similar stories from her close friends inspired her to write her comedic look at a topic not many are comfortable discussing. While the book is chock full of hilarious anecdotes and tales from the bedroom, Bad in Bed: Live takes the already intriguing and unique source material to the next level.

Simpson herself describes the show as a “stage spectacle” and it is unlike any book reading you’ve ever been to. “It was actually my friend in New Zealand who asked if I was doing book readings and I was like uh no, not my style.” It wasn’t until she saw humorist David Sedaris do a live book reading at Rose State in Midwest City that was much more of a stand up comedy show than a traditional reading that gave Simpson the idea to take her book on stage.

Start with a risqué book on bed room flops, add some 90’s hip hop, dancing, and of course alcohol and what you get is “a night of pure comedy” according to Simpson. “It’s a drinking show, we’re even drinking on stage, there are 7 of us on stage at all times and it is 100% crazy fun!”. The show itself has been a big success in Oklahoma City, selling out 6 dates at the Tower Theatre recently. Now Bad In Bed: Live goes on the road starting in Tulsa before making it’s way to Denver and Kansas City in the month of August to proof concept with plans to go national and international soon.

Shelby Simpson has lived enough life for all of us, writing books, traveling to over 40 countries, and originating a hit stage show but her heart is always where it all began in Enid, Oklahoma. Daughter of Larry Simpson, owner of Simpson Mercantile which has since become the Old Tyme Museum, Simpson had her eyes light up when talking about her roots in Enid. “My dad went to Enid High, I went to Enid high, and I love Enid or E-Town and I’m just an E-Town girl.” Her love for Enid makes an appearance in her work, even a mention of a notable establishment “I talk about Scooters in this book which is actually one of my favorite bars worldwide because it’s so strange and I love strangeness!”

Family is what ended up bringing the author back to her roots. “I had no intentions of ever moving back to the states” Simpson said “My mother was living here and I told her I would come back and help her for one year and that was seven years ago.” What caught her attention the most upon returning to Oklahoma was the development of culture not only in the state but specifically in Oklahoma City. “It was fascinating to me how much it had evolved into this very different animal that was a big city with that small town feeling with a lot of culture popping up.”

Now that Simpson has become a part of that culture in Oklahoma City with the success of Bad In Bed: Live at the Tower Theatre, she and her cast are highly looking forward to taking the show on the road and the first stop will be in Tulsa. Bad In Bed: Live will be performing from August 1st-3rd at the Tulsa Little Theatre at 1511 S Delaware Ave and tickets are on sale now for $35 at www.badinbed.live/