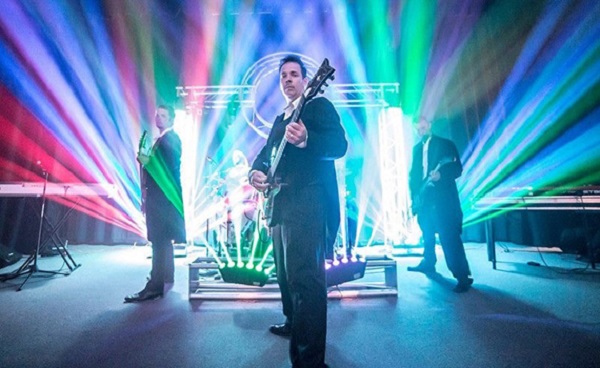 St. Louis powerhouse, The Prophecy Show will bring their signature and highly energized Rock Opera to The Stride Bank Center on December 5th at 7:00pm!

Touring as a Tribute to The Trans-Siberian Orchestra, The Prophecy Show’s Theatricalperformances have been igniting stages nationwide. This is a show that loves TSO, loves their audiences, and knows how to create an electrifying evening of rock! Tickets go on sale this Thursday at 10 am and can be purchased online at StrideBankCenter.com, in person at the box office or by calling 855.TIX.ENID.

Given that their founder and lead guitarist has been tributing this band for 13 years and has an endorsement from Paul O’Niell of TSO, it is no surprise that Denial 3 has come to be known as the “Next best thing to TSO band”. Denial 3 Has had its own show in Branson,Mo for 2 years and performs in major Christmas celebrations, concert halls, and some of the largest performing art centers throughout the United States.

Launching its 13th touring season of an extravagant Christmas musical production! This powerhouse group of classically trained musicians come together to create nothing short of an electrifying evening of holiday rock music.

Performing in the style of Trans-Siberian Orchestra, The Prophecy has spared no details when it comes to costumes, choreography, music, lasers and fog. With more than 10 million albums sold, the original Trans-Siberian Orchestra has inspired generations of fans to rediscover the multi-dimensional art form of the rock opera. Meanwhile, on the road, they have become one of the world’s top acts, with Billboard magazine naming TSO as one of the top touring artists of the past decade.

The Prophecy Show delivers all of the flash, flair, and musical magic to more intimate audiences across the country. Each of these musicians possess several music degrees and have been hand selected by Producer and Lead Guitarist Thomas Rudebeck, who prides himself on giving the audience the best possible production and sound available. Audiences everywhere are celebrating over 20 years of the most famous holiday rock music ever created with the TSO rock opera that is legendary.

Come experience the power, the music and the magic once again this Christmas season at The Stride Bank Center in Enid, Oklahoma as the Prophecy Show performs all of your favorite music from the Trans-Siberian Orchestra and more!