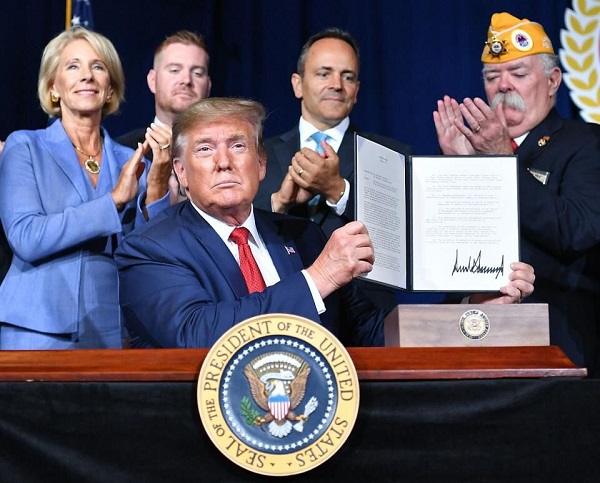 The order, which Trump signed after addressing a crowd at the American Veterans National Convention in Louisville, Ky., also clears those eligible veterans from having to pay any federal income tax on the loans. Trump added that he is strongly encouraging individual states to follow suit.

According to 2014 U.S. Census data, there are more than 312,000 veterans living in Oklahoma, and about 20 percent of those veterans suffer from some form of disability due to injuries or environmental exposure incurred while in the military.