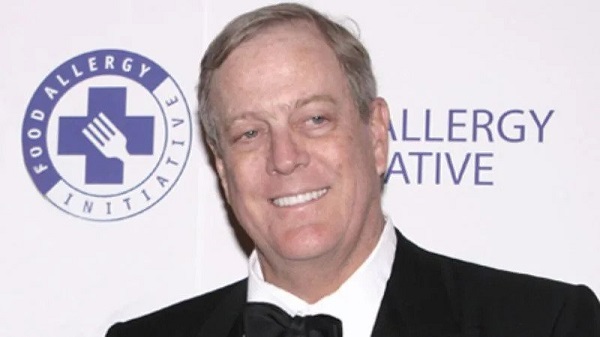 Conservative billionaire David Koch, who became a household name through his political lobbying efforts and the company he created with his older brother, Charles, has died. He was 79.

“It is with a heavy heart that I announce the passing of my brother David. Anyone who worked with David surely experienced his giant personality and passion for life,” the elder Koch said in a statement. The statement did not cite a cause of death but noted David Koch’s decades-old battle with prostate cancer.

Koch cited health reasons when he stepped away from his company a few years ago. Sources close to the family have said he had been in declining health in recent weeks.