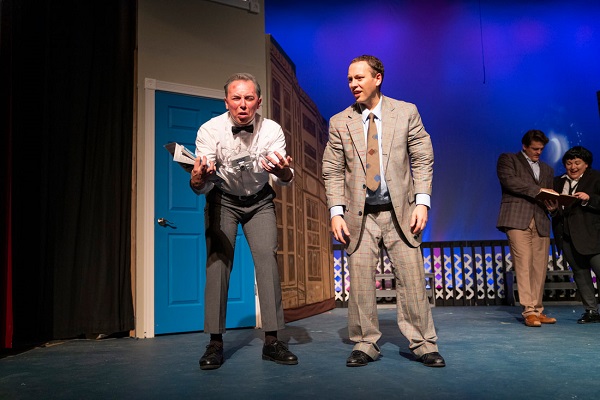 One Man, Two Guvnors is a rollicking farce, which often breaks the fourth wall, as Francis enlists the aid of willing and unwilling audience members in his quest to serve two masters and finally get a good meal. Richard Bean’s hilarious comedy received 5-star reviews from every London newspaper and was the hit of the 2012 Broadway season, winning James Corden the Tony Award for Best Lead Actor in a Play.  Arrive early to enjoy pre-show entertainment from our live band beginning 15 minutes before curtain!

The show will start tonight and run through the 8th and then next weekend from the 12th-14th!

Tickets on sale at http://www.gaslighttheatre.org/