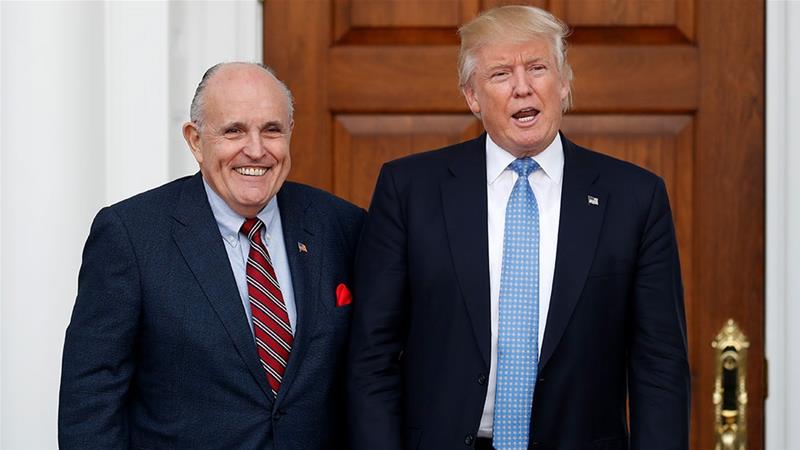 Two associates of Rudy Giuliani connected to efforts to dig up dirt in Ukraine on Democratic presidential candidate Joe Biden were arrested Wednesday on criminal charges for violating campaign finance rules, according to a spokesman for the Southern District of New York.

Igor Fruman and Lev Parnas were detained at Dulles Airport outside of Washington and are expected to appear in court in Virginia on Thursday. The investigation was conducted by federal prosecutors in New York. Parnas was Giuliani’s fixer in Ukraine, introducing him to current and former officials as far back as 2018, according to CNN. They gave hundreds of thousands in
donations to a Trump-allied super PAC, as reported by the Miami Herald.
The story was first reported by the Wall Street Journal.