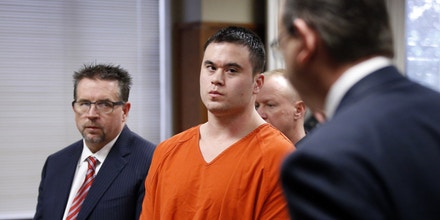 For the first time in federal court, Daniel Holtzclaw took the stand to give his version of what happened.

Holtzclaw was called to testify as a result of civil rights lawsuits. His victims are seeking compensation from the former officer and the City of Oklahoma City. While on the stand, Holtzclaw did nothing but maintain his innocence.

In a statement released shortly after the testimony, sister Jenny Holtzclaw said “He wants everyone to hear his side of the story, he wants the whole world to know if this can happen to him it can happen to anyone else.”

“He knows that he is innocent, so I think he truly believes he will be free one day,” said Jenny.

Holtzclaw was convicted of rape and sexual assaulting black women while on duty.