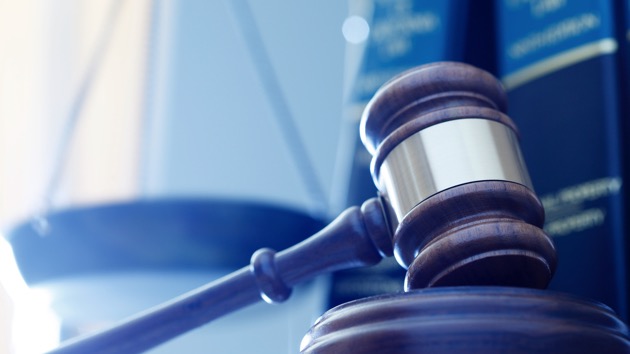 DNY59/iStock(NEW YORK) — Two associates of President Donald Trump’s personal attorney, Rudy Giuliani, pleaded not guilty to federal campaign finance crimes during a brief appearance in Manhattan federal court on Wednesday.Lev Parnas and Igor Fruman were each released on a million-dollar bond and subjected to home confinement in Florida with GPS monitoring. The men, who were arrested earlier this month at Dulles International Airport on their way out of the country, also surrendered their passports as a condition of their release.They face charges including conspiracy to commit campaign finance fraud, false statements to the Federal Election Commission and falsification of records as part of an alleged scheme to circumvent federal campaign finance laws against straw donations and foreign contributions.A defense attorney for Parnas, Edward MacMahon Jr., said that Parnas had retained Giuliani for personal and business legal matters and “worked for Giuliani” in an unspecified capacity. MacMahon said that he could potentially raise executive privilege issues during discovery because of Giuliani’s role as President Trump’s attorney.The previously obscure, Soviet-born Americans have in recent weeks become key figures in the congressional impeachment inquiry against President Donald Trump in connection with their reportedly significant role in assisting Giuliani in his effort to dig up dirt on former Vice President Joe Biden and his family, as well as calling for dismissal of then-U.S. ambassador to Ukraine Marie Yovanovitch. They allegedly also helped arrange meetings between Giuliani and former and current Ukrainian officials.Giuliani has since acknowledged receiving $500,000 in payments for work he did for a company owned by Parnas and Fruman, telling ABC News that he was retained by Parnas’ business, named Fraud Guarantee, to do consulting work and insisted that any money he took came from domestic, not foreign sources.Giuliani is not named in the indictment, but ABC News has learned that the business relationship between Giuliani and the Florida duo is a subject of an ongoing criminal investigation being conducted by federal authorities in New York, with a primary focus on whether there were any criminal violations of foreign lobbying laws in Giuliani’s work with foreign clients, according to sources familiar with the investigation.Trump has denied knowing Parnas and Fruman specifically, though he is pictured with the two at multiple events.Parnas and Fruman were arrested at Dulles with one-way international tickets, according to prosecutors.The indictment outlines a “foreign national donor scheme” alleging the men “conspired to circumvent the federal law against foreign influence by engaging in a scheme to funnel foreign money to candidates.” The indictment details how the four defendants allegedly funneled “$1-2 million” from a Russian donor into the U.S. political system between June 2018 and April of this year.Additionally, Parnas and Fruman allegedly made a series of illegal straw donations that included a $325,000 donation to the pro-Trump super PAC America First Action, and prosecutors allege that the two violated the law by falsely reporting the origin of those funds under the name of their newly-created company, Global Energy Producers.One of Parnas and Fruman’s alleged straw donation schemes outlined in the indictment also reportedly involves Rep. Pete Sessions, R-Texas, who benefited from a super PAC that Parnas and Fruman had donated to and also was going to raise money with the Florida-based duo. According to the indictment, Parnas allegedly met with “Congressman-1,” who appears to match the description of Sessions, according to ABC News’ reporting, and sought his “assistance in causing the U.S. government to remove or recall the then-U.S. Ambassador to Ukraine.”Sessions has since been subpoenaed as part of the Southern District’s probe and he told ABC News that he is fully cooperating with investigators.Two associates of Parnas and Fruman, David Correia and Andrey Kukushkin — who were indicted along with the two — appeared before the judge last week and pleaded not guilty.Parnas and Fruman appeared before a judge in the Eastern District of Virginia earlier this month, and both have been released from the Alexandria detention center on a bail package including a $1 million bond for each defendant, the surrender of travel documents and passports, GPS monitoring and home detention.The two are due back in court on Dec. 2.Copyright © 2019, ABC Audio. All rights reserved.