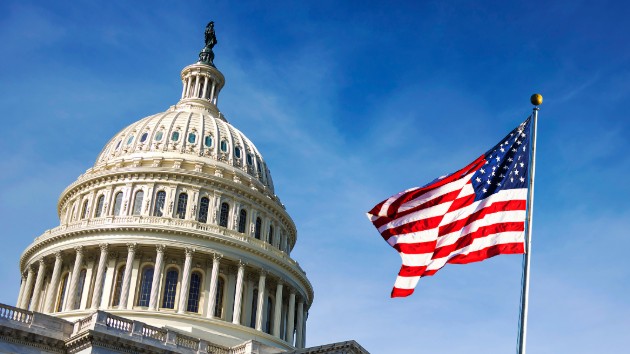 rarrarorro/iStock(WASHINGTON) — It has been nearly a month since legislators released the whistleblower complaint that prompted multiple congressional committees’ probes into President Donald Trump and the administration’s actions in Ukraine. In the time since that complaint came to light, it’s been rapid-fire witnesses on Capitol Hill — but the whistleblower has remained largely out of the picture. “Where’s the Whistleblower?” Trump tweeted on Wednesday morning.Last week, Rep. Adam Schiff, chairman of the House Intelligence committee, said on CBS’ Face the Nation that they want to make sure to identify other evidence pertinent to the investigation and that, “it may not be necessary to take steps that might reveal the whistleblower’s identity to do that.”In a letter on Wednesday to Schiff, Reps. Jim Jordan, Devin Nunes and Michael McCaul said that they were surprised by his announcement that they will not receive testimony from the “anonymous intelligence community employee whose complaint initiated the so-called impeachment inquiry.””You had earlier committed that the employee would provide ‘unfiltered’ testimony ‘very soon,’ only to reverse course following revelations that the employee had a bias against President Donald Trump and that you had received a secret, early account of the allegations,” the letter from the ranking members of the oversight, intelligence and foreign affairs committees said. “As the so-called impeachment inquiry gathers information that contradicts the employee’s allegations, we ask that you arrange for the Committees to receive public testimony from the employee and all individuals he or she relied upon in formulating the complaint.”An aide to Schiff declined to comment when contacted by ABC News.Democrats in the House had been leaning toward some sort of arrangement that would shield the whistleblower’s identity to protect from disclosure, because there were concerns that Republican staffers or lawmakers could leak the identity of the official if they took part in any proceedings, according to sources familiar with the discussions.Sen. Richard Burr on Tuesday claimed that the whistleblower’s attorneys are not cooperating with his own panel’s inquiry.”This is a very serious charge the whistleblower has made,” Burr, the chairman of the Senate Intelligence Committee, said Tuesday. “I cannot envision a scenario where we would not want not want to have legal counsel staff talk with the whistleblower in person.”Burr, who said the Senate committee had specifically asked the individual for an interview, said that the lawyers “haven’t even offered to make them available.””They haven’t been specific as to their reason,” Burr said, later adding that he didn’t know “how to put into context the whistleblower’s claim.””I’ve read the transcript. Is that a high crimes and misdemeanors, the conversation that went on? I don’t see it. That’s my judgment,” he said.Mark Zaid, who is representing the whistleblower, pushed back against Burr’s characterization of their talks.”We have been in repeated contact with both the Majority and Minority of the Senate and House Intelligence Committees and have been clear that what happens with one would happen with both in a non-partisan manner,” Zaid told ABC News in a statement.”Given the obvious security concerns associated with the whistleblower’s identity, addressing the process that has occurred, which is always important, is candidly not time sensitive and can certainly be dealt with at a later date or through alternative means that enable the Committee to learn what is needed to accomplish its oversight authority,” Zaid said.The Senate intelligence committee’s investigation is focused on examining the whistleblowing process. And despite the snag with the whistleblower’s lawyers, Burr said his committee’s probe continues.”We’re talking to the individuals that are involved in the process,” Burr said Tuesday, naming Intelligence Inspector General Michael Atkinson, DNI Joseph Maguire, CIA General Counsel Courtney Elwood, and others at the Justice Department.Burr noted that he specifically wants to have Atkinson walk through the process of how he investigated the whistleblower’s complaint, a 14-day mandated process, and said he wants to ask witnesses, “How many people did the whistleblower go and talk to before there was an official whistleblower complaint made? Or was there a referral by multiple places? If so, what was the action on the referral?”The chairman held out the possibility that the scope of his committee’s investigation could widen.”I’m only concerned with the whistleblower, the accusation, and the process that they went through,” Burr said of his panel’s investigation, and if at the end of that there’s a reason to widen the scope of it, he said, “If when I get through that, there’s a reason to open the aperture, we’ll make a decision as to whether we do that. But understanding the claim, how it came about, what process they went through, I mean that’s at the heart of counterintelligence.”Copyright © 2019, ABC Audio. All rights reserved.