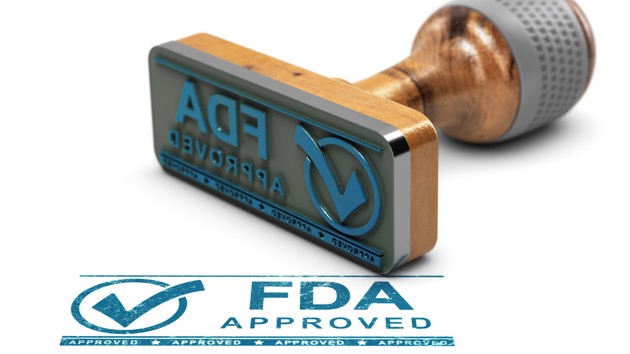 Olivier Le Moal/iStock(WASHINGTON) — “Imagine waiting 28 years for a miracle, and then it suddenly happens.”That’s how Gunnar Esiason, a 28-year-old graduate student at Dartmouth College, described the approval of Trikafta, a new drug for cystic fibrosis.Esiason has been living with CF since 1993, and, in an interview with ABC News, said that the disease didn’t significantly affect his life until he was a college student.”In 2013, things got pretty ugly for me,” he said. He started to have new pulmonary symptoms, waking up most days coughing up blood. He began losing weight. Since then, he’s been in and out of the hospital with repeated infections and undergone more than two dozen medical procedures.That all changed in 2018 when he enrolled in a clinical trial for Trikafta.Cystic fibrosis is a progressive genetic disorder that results in a dysfunctional protein called CFTR that transports chloride and water across cell membranes. Patients with CF have thick mucus that clogs the lungs, leading to infections, inflammation and ultimately respiratory failure. Additional symptoms include decreased sweating, gastrointestinal upset, poor growth and infertility. More than 30,000 people suffer from CF in the United States, with 70,000 affected worldwide according to the Cystic Fibrosis Foundation. Roughly 90 percent of patients with CF have at least 1 F508del mutation that causes their illness.That’s why there was great excitement in the cystic fibrosis community when the U.S. Food and Drug Administration approved Trikafta on Monday, the first triple-combination therapy available to treat patients with the most common cystic fibrosis mutation.The drug’s approval is “making a novel treatment available to most cystic fibrosis patients, including adolescents, who previously had no options and giving others in the cystic fibrosis community access to an additional effective therapy,” acting FDA Commissioner Ned Sharpless said in a statement.Trikafta, manufactured by Vertex Pharmaceuticals, helps defective CFTR protein in patients with 1 or 2 F508del mutations function more effectively. The medication has been approved for patients 12 and older.Its approval was fast-tracked via four different FDA programs that aim to provide treatments for rare or serious illnesses with unmet medical needs. This came after two clinical trials, the first of which showed improved measures of lung function in patients compared with a currently available drug. The second trial also showed improved lung function along and increased sweat production and body mass index in patients vs. a placebo. Adverse reactions in the trials included headaches, upper respiratory tract infections, abdominal pain, diarrhea, rashes and increased liver enzymes.Esiason said that when he began his Trikafta trial, it “started working almost instantaneously.” In the first few days, he noticed an improvement in his breathing and appetite. Within the first few weeks on the drug he started to gain weight and his pulmonary function tests improved. These developments made him hopeful.”I started to think about what’s next in my life. That’s when I decided to start at Dartmouth,” where he’s pursuing his Masters of Business Administration.Dr. Joan DeCelie-Germana, director of the Cystic Fibrosis Center at Northwell Health, has been treating patients with CF for over 30 years. In an interview with ABC News, she called the drug’s approval “very exciting.” Her center participated in the initial studies for Trikafta and also serves as the site of a current trial of the drug in patients 6 to 11.Discussing initial trial results, she added that “patients had an improvement in lung function and less illness” and that “they will enjoy more days without antibiotics and better quality of life.”She underscored the impact of this new development: “It’s inspirational. I couldn’t have even thought of this 30 years ago. It’s not a cure, but it’s the closest thing we have.”Trikafta is Vertex’s fourth FDA-approved drug for CF since 2012. It will be available through specialty pharmacies in two weeks with an annual cost of $311,000. A representative from Vertex said current CF medications are “widely reimbursed by private insurers and Medicaid/Medicare” and that the same is expected for Trikafta.Copyright © 2019, ABC Audio. All rights reserved.

Homeless college student walks over 500 miles to raise money for homelessness
Man apologizes as he’s sentenced to life in prison for Mackenzie Lueck slaying
Rochester police offering $10,000 reward for information on deadly mass shooting
Wunmi Mosaku would “run for the hills” if she were actually in her Netflix horror movie ‘His House’
Senior citizens, key to Trump’s 2016 victory, now far from a sure group for president
Coronavirus live updates: US reports over 70,000 new cases for 1st time since July