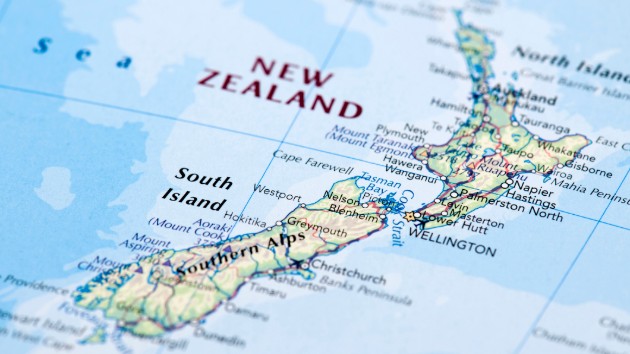 omersukrugoksu/iStock(WELLINGTON, New Zealand) — The New Zealand Defense Force has released new gender-neutral guidelines around grooming and appearance for Royal New Zealand Navy (RNZN) personnel. The new rules make equal what male and female service members can now wear while they serve in the navy and expand upon the kinds of jewelry, cosmetics and hair that will now be allowed to be worn by all personnel — regardless of sex.The new guidelines will “make no distinction between male and female members in terms of their personal grooming and appearance,” according to a statement obtained by ABC News from the chief of the Royal New Zealand Navy, Rear Adm. David Proctor. Both men and women will now be allowed to “wear discreet makeup and perfume/cologne in moderation. Personnel may wear a clear or pale nail varnish whilst in uniform. False eye lashes may [also] be worn provided that they are trimmed, neat and natural in appearance,” according to Proctor.As far as jewelry is concerned, “rings may be worn on a maximum of two fingers,” as well as “one pair of stud/sleeper type earrings, one in each earlobe, when in uniform. Earrings are to be of a natural color to a maximum of five millimeters in diameter.” No other body piercings will be allowed. Male and female personnel will also have gender-neutral hair guidelines which means that “long hair can be worn in a bun … [or] can be in a single plait,” according to the new guidelines. Personnel can also wear “plain hair clips, elastic bands or hair nets” as long as they are not colourful and are unobtrusive. Hair ornaments such as “ribbons, headbands or ‘scrunchies’ are not to be worn,” said Proctor.These new changes will take effect as of Nov. 1 this year. Proctor added: “The RNZN is a modern and professional organization that embraces individuality and personality. However, we are a military organization and with that comes certain expectations on our personnel in terms of their dress and appearance. These changes reflect that diversity and inclusion are critical to our success as an organisation, as are the unique traditions and characteristics of the RNZN.”While men and women in the navy will now be able to wear makeup, nail polish and eyelashes if they so choose, Proctor isn’t concerned about the loosening up of previous regulations. “Grooming standards are based on several elements including neatness, cleanliness, safety and military image. These standards are designed to present an inclusive, professional military image,” he said. Copyright © 2019, ABC Audio. All rights reserved.