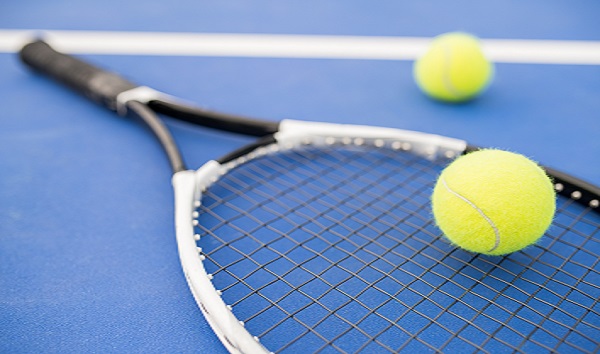 iStock(NEW YORK) — When she was 6 years old, Maria Sharapova moved with her father from Sochi, Russia, to Florida to train with tennis professionals and see if she could turn her dream into a reality.“I had this incredible focus of hitting this yellow fuzzy ball endlessly and I think the one quality that really stood out was that I was just able to do it repetitively and I was able to focus and concentrate,” Sharapova told ABC News’ Rebecca Jarvis on an episode of No Limits with Rebecca Jarvis podcast.Sharapova has made quite a name for herself on and off the court: she won Wimbledon at age 17, has been ranked No. 1 in the world by the World Tennis Association five separate times, is a New York Times bestselling author and started her own candy line, Sugarpova.“We came to America with only $700, and while he (her father) was trying to find ways to make money, I was at the big sporting academy in Florida just getting better and improving,” Sharapova said, reflecting on her early days in the United States. “I didn’t know the language so I learned that very fast by being around so many children.”Sharapova said part of the reason she founded Sugarpova is because of a shoulder injury she thought would end her tennis career.Sugarpova is a candy line consisting of chocolates, gummies, gumballs and truffles inspired by Sharapova’s childhood, when she would reward herself after practice with a lollipop or chocolate treat. All Sugarpova candies are made from natural, non-GMO ingredients and can be found in stores across the country.“I recognized that tennis would not last forever, and I think as you have this one thing going on in your life and this one career path it’s as if you’re never going to make shifts and turns and I recognized at that time that, wow, I don’t know if I’m going to ever come back from the shoulder injury and at the time it was like I want to take all the experience that I’ve had in business and I want to apply it to Sugarpova,” Sharapova said.After years of partnering with brands and being the face of various advertising campaigns, Sharapova was ready to take what she had learned from those experiences and apply them.“I actually didn’t say I think I can do this. It was more like I think I want to be a little more competitive with this,” Sharapova said about starting Sugarpova. “I want to be the one that’s making more decisions, better decisions that can maybe benefit me in the long run.”She began creating the line’s bags and logo that is seen around the world today.In the interview, Sharapova also touched on failing a drug test because of a medication she had been taking for health reasons, causing her to be banned from tennis for 15 months.“It was such an interesting time in my career because it’s also a time that I was considering maybe stepping down from the sport and thinking a little bit about family and business and it kind of prolonged my career in a way of when I did get back I viewed the sport in a very different way,” Sharapova said. “It was a blessing and opened my eyes to what I had achieved and the amount of people that respected what I did.”While taking some time off to re-evaluate her future, Sharapova focused on Sugarpova and studied management and leadership at Harvard to gain business skills.“I worked on Sugarpova consistently,” Sharapova said. “I was investing in a few different businesses so I had time and then I got to spend the holidays at home which was such a treat for me.”Sharapova’s tennis career is still going strong, and she continues to push forward in the world of entrepreneurship, launching Sugarpova in stores across the globe and serving as a guest judge on season 11 of Shark Tank.“In sports we can be seen as heroic, but at the end of the day we’re also very open to being vulnerable and entrepreneurship should be the same way, there’s no reason to hide the tough moments,” she said. “I think that’s part of the scars that help you grow.”Hear more from Maria Sharapova on episode #134 of No Limits with Rebecca Jarvis.Copyright © 2019, ABC Radio. All rights reserved.