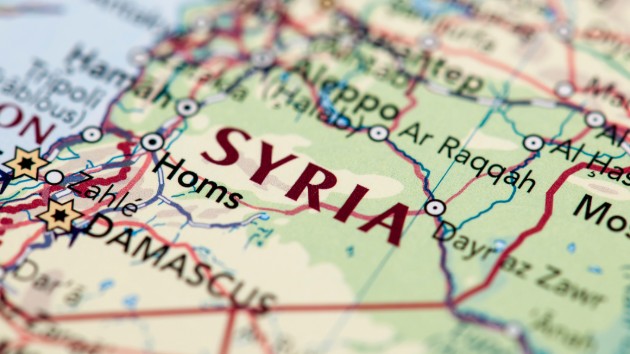 omersukrugoksu/iStock(NEW YORK) — While President Donald Trump was heralding the ceasefire deal his administration reached with Turkey over its offensive into northeast Syria, his special envoy for Syria was on Capitol Hill warning about the risks of U.S. troops withdrawing, Islamic State fighters escaping and the possibility of Turkish forces committing war crimes. Ambassador James Jeffrey, a veteran diplomat who came out of retirement to take on the role, offered a frank assessment of the current crisis unfolding in northern Syria after Trump’s call with Turkish President Recep Tayyip Erdogan, his decision to pull back U.S. troops from the Syrian-Turkish border, and — ultimately — his move to fulfill his pledge to remove all U.S. forces, only to back track again Wednesday and decide to keep a small force there.But Jeffrey said Turkey’s decision to conduct the operation, while a “failure” of U.S. policy to stop them, would have happened regardless of Trump’s moves — denying the charges that the president gave Erdogan a “green light” to attack Syrian Kurdish forces that served as the foot soldiers in the U.S. fight against ISIS.Still, he painted a stark picture of the mess that has enveloped the region since then, even as Trump said the U.S. moves “are achieving a much more peaceful and stable area between Turkey and Syria.”Over 100 ISIS fighters have escaped from prison and the U.S. does not know where they are now, he told the House Foreign Affairs Committee. While ISIS propaganda “is pitching this as a victory for them,” he said, those prisons that are guarded by America’s Kurdish partners, known as the Syrian Democratic Forces, or SDF, are secure for the time being, with a commitment to keeping them secure.That was contradicted shortly thereafter by Trump, who said in a statement, “There were a few that got out, a small number, relatively speaking and they’ve been largely recaptured.”Trump announced that the U.S. will keep “a small number of U.S. troops … where they have the oil,” without providing further details.That was welcome news to Jeffrey during the hearing — who said after Trump’s announcement, that his testimony was “even more congruent now” with Trump’s policy. But it also contrasted with Trump’s own claim that the U.S. is “getting out. … Let someone else fight over this long-bloodstained sand.”Throughout his remarks, Jeffrey, who served as U.S. ambassador to Iraq and Turkey and deputy national security adviser, made clear how the departure of U.S. forces in northeast Syria would damage the efforts to defeat ISIS and prevent the group’s resurgence.”We obviously had troops there for a mission. The mission was defeating ISIS. So if you remove those troops before that mission is complete, then you have a problem. And we do have a problem right now,” Jeffrey said. “We’re working our way through it. We’re looking at various options of how we will maintain a relationship with the SDF.”In addition to a residual force, the administration is also considering how to maintain control of the air space above northeast Syria to continue airstrikes on ISIS targets.But that was the plan just months ago. After initially announcing a full withdrawal of 2,000 American troops in December 2018, Trump was convinced to keep 1,000 in northeast Syria — until his sudden reversal again this month to pull all out, followed by this new residual force. The recent whiplash even caught key U.S. allies like the United Kingdom, France and Israel by surprise, which Jeffrey said was a mistake — calling it poor “basic diplomatic hygiene.”Jeffrey blamed Turkey, however, for creating this “tragedy” with its “terribly bad and very, very dangerous decision” to cross the border, one he said the U.S. could not have stopped because it decided it would not use military force to do so.”The Turks would’ve simply driven around” the two dozen or so U.S. forces in the immediate area, he said, adding later, “In looking at thousands of pieces of information and intelligence, I’ve seen no indication that [their presence] was a factor in the Turkish decision to come across.”Jeffrey condemned the incursion, saying Turkish forces and their Syrian opposition allies are responsible for “several incidents which we consider war crimes,” although he said there hasn’t been “any widespread ethnic cleansing in that area.”But Trump announced he has lifted the sanctions on three Turkish ministers and two Turkish ministries, meaning Erdogan has avoided any U.S. penalties for his operation and, with the ceasefire deal, secured the land he took.That has sparked even greater bipartisan outrage on Capitol Hill, with vows to penalize Turkey where the administration has not.”Given President Trump’s failure to provide U.S. leadership, it is now up to Congress to press Turkey to reverse its terrible policy. We must hold President Erdogan accountable for his horrific crimes against the Kurds,” said Rep. Eliot Engel, D-N.Y., the top Democrat on the House Foreign Affairs Committee.