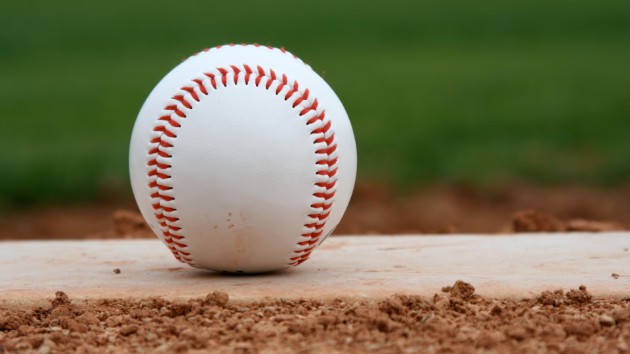 33ft/iStock(HOUSTON) — A Houston Astros executive has been fired after he reportedly made a “frightening” outburst toward three female reporters while celebrating the team making it to the World Series. The controversy surrounded closer Roberto Osuna, who the Astros acquired from the Toronto Blue Jays last season while he was under a 75-game suspension for domestic violence, per Major League Baseball’s policy on domestic violence.On Saturday, after the Astros clinched the ALCS in Game 6 against the New York Yankees, assistant general manager Brandon Taubman reportedly turned toward the group of female reporters in the clubhouse and said several times, “Thank God we got Osuna! I’m so f—— glad we got Osuna!” Sports Illustrated reported.

One of the reporters was wearing a purple domestic violence bracelet, and Taubman’s comments were so “offensive and frightening” that another Astros staffer apologized to the women, according to the outlet.The comments were even more puzzling considering that Osuna had been “the least valuable” Astros player that game, Sports Illustrated reported.The Astros initially defended Taubman, describing the Sports Illustrated story in a statement as “misleading and completely irresponsible,” stating that the comments were “not directed toward any specific reporters” and accusing Sports Illustrated of fabricating “a story where one does not exist.””An Astros player was being asked questions about a difficult outing. Our executive was supporting the player during a difficult time,” the statement, released on Monday, read, although the Houston Chronicle reported that there were no players in the area and no interviews being conducted at the time. “His comments had everything to do about the game situation that just occurred and nothing else.”On Tuesday, the organization apologized, and Taubman released a statement admitting to using “inappropriate language” for which he is “deeply sorry and embarrassed.””In retrospect, I realize that my comments were unprofessional and inappropriate,” he said. “My overexuberance in support of a player has been misinterpreted as a demonstration of a regressive attitude about an important social issue. Those that know me know that I am a progressive and charitable member of the community, and a loving and committed husband and father. I hope that those who do not know me understand that the Sports Illustrated article does not reflect who I am or my values. I am sorry if anyone was offended by my actions.”The Astros release a subsequent statement on Thursday, stating that while their initial investigation found that Taubman’s comments “were not directed toward any reporter,” subsequent interviews “revealed that Taubman’s comments were, in fact, directed toward one or more reporters.””We were wrong,” the statement read. “We sincerely apologize to Stephanie Apstein, Sports Illustrated and to all individuals who witnessed this incident or were offended by the inappropriate conduct. The Astros in no way intended to minimize the issues related to domestic violence.”Astros officials stated that it believed terminating Taubman was “the most appropriate course of action” because “his conduct does not reflect the values of our organization.”In a news conference Thursday evening, Astros General Manager Jeff Luhnow described the team’s original reaction to the Sports Illustrated story as “incorrect.””We own it as an organization,” Luhnow said, adding that the statement was reviewed by several people before it was released.Luhnow also said that Taubman’s comments were “out of character for him” and “not consistent with his behavior in the past.”The Sports Illustrated column argues Taubman’s comments are an illustration of MLB’s “forgive and forget” attitude toward domestic violence.The allegations against Osuna, 24, stem from a May 2018 incident in which he allegedly assaulted the mother of his child, but the charges were dropped after she returned to Mexico and declined to testify, ESPN reported. As part of a peace bond, Osuna agreed to counseling and to not have any contact with the woman.In August 2018, Astros General Manager Jeff Luhnow said in a statement that while the situation “weighed heavily” on their decision to sign Osuna, they “felt that Roberto deserved a second chance” after evaluating “the entirety of information.””This is the miscalculation that teams make over and over again,” the Sports Illustrated column read. “They acquire players with reprehensible pasts for less than market rate and concede that they will have to pay a price in public trust. But when the bill comes due, teams act like they, not the people their actions wounded, are the aggrieved party.”Astros owner and chairman Jim Crane said in a statement Tuesday that the team continues “to be committed to using our voice to create awareness and support on the issue of domestic violence.””We not only ensure mandatory training annually for all our employees, we also have created an important partnership with the Texas Council on Family Violence, and have raised over $300K through our initiatives to help various agencies providing important support for this cause,” Crane said. “We fully support MLB and baseball’s stance and values regarding domestic violence.”