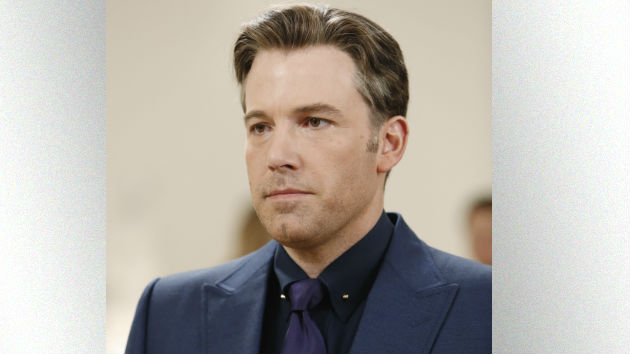 ABC/Randy Holmes(LOS ANGELES) — It’s been a year since Ben Affleck committed himself to sobriety.  He celebrated the one year sober milestone Saturday on Instagram— only to start over from square one a few hours later.

The Gone Girl actor appeared publicly inebriated at the UNICEF masquerade ball on Saturday.  Video footage obtained by TMZ showed the actor struggling to stand up and walk straight as he waited for his ride home.

Affleck has publicly struggled with alcohol addiction for years and, last August, entered rehab for a third time.  After completing his forty day stay at the facility, the actor opened up about his struggles on Instagram that October and wrote “Battling any addiction is a lifelong and difficult struggle.  Because of that, one is never really in or out of treatment.”

Sources close to the actor tell People that “Ben owned his mistake” after he was spotted at Jennifer Garner’s home on Sunday.  The 47-year-old told reporters outside his ex-wife’s house that “its a slip, but I’m not going to let it derail me.”

Garner, whom Affleck was married to from 2005 to 2018, has publicly supported the actor through his sobriety troubles — even driving him to rehab in August 2019.  They share three children, Violet, Seraphina, and Samuel.