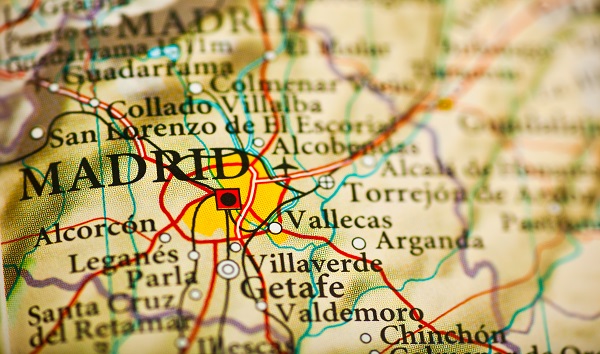 Getty Images/Pawel.Gaul(MADRID) — At least 22 family members of the infamous Spanish dictator Francisco Franco gathered Thursday at the mausoleum in Madrid where the leader’s remains were removed from the Cathedral at Valley of the Fallen.The exhumation, which started at 10:30 a.m. local time and lasted for over three hours, marked the end of a long debate over the darkest period in Spanish history.The country has been divided for years over whether Franco should be allowed to be buried in a place where he could be acclaimed. According to a 2018 poll in the El Mundo, 62.8% of socialist voters agreed his body should be moved as opposed to 13.1% of main-center-right popular party voters.”Letting this gigantic mausoleum dominating the capital of Spain, it was like if Franco was still watching us — ready to come back,” Emilio Silva, president of the Association of the Recovery of Historical Memory, told ABC News.With almost 40 years as head of state, Gen. Franco dominated the country in the middle of the 20th century, won the Spanish Civil War and remained in power until his death in 1975.”We speak and support grandchildren, and sons waking up every day with the hope that their family member who disappeared will be found and will receive a decent funeral,” Silva said.Silva knows the “unspeakable pain” inflicted by Franco, as his own grandfather was assassinated in 1936 and put in a mass grave.”We did not know where he was,” he said. “My family could not grieve for decades.”Silva’s grandfather was the first Franco victim to be identified by his DNA in 2000 — without the support of Spanish government.Since 1975, the enormous Valley of the Fallen monument where Franco rested had become a shrine for the far-right supporters. Many on both sides of the debate — some holding loving portraits of Franco, others with signs calling him a mass murderer — turned out to stand on the sidelines of the exhumation.Copyright © 2019, ABC Radio. All rights reserved.

Meghan McCain of ‘The View’ gives birth to baby girl
Mother of a teacher who died from COVID-19 also dies from virus, family says
Coronavirus live updates: Researchers find rapid rise in pediatric COVID-19 cases across US
Presidential debate: Trump, Biden face off for first time ahead of November’s election
In Pennsylvania, advantage Biden with a big boost from women: POLL
Microsoft outage was not part of ‘coordinated campaign,’ says cybersecurity agency