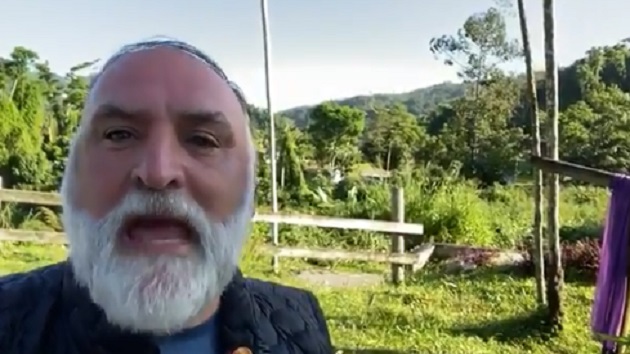 Twitter/@chefjoseandres(WASHINGTON) — The Washington Nationals are guaranteed a World Series Game 5 in Washington, D.C. — but President Donald Trump won’t be throwing out the ceremonial first pitch.Trump announced Thursday that if the series went to five games, he would attend Sunday’s Game 5 — which become necessary when the Houston Astros won Game 3 Friday night to cut the Nationals’ lead in the series to 2 games to 1.Trump joked to reporters Thursday in the Oval Office that he was not sure if he would throw out the first pitch.”I don’t know,” he said, when asked if he would do it. “They’re going to dress me up in a lot of heavy armor. I’ll look too heavy.”The president, however, won’t get the honor as the Nationals announced that Chef Jose Andres would be throwing out the first pitch in Sunday’s game. The popular chef owns restaurants in Washington and half a dozen other cities, and is the founder of World Central Kitchen, a humanitarian organization that provides meals to natural disaster victims.During the longest-ever government shutdown at the start of 2019, Andres’ organization set up a cafe and restaurant on Pennsylvania Avenue to feed furloughed federal workers.Andres has also been a vocal critic of Trump’s immigration policies, and withdrew his plans to open a restaurant in the Trump International Hotel following Trump’s controversial comments about Mexican immigrants during the 2016 presidential campaign. A lawsuit ensued, and the two sides settled in 2017.Major League Baseball has said the decision on ceremonial first pitches is made between the league and the host team.Baseball’s fall classic returned to the nation’s capital Friday for the first time in 86 years. In 1933, President Franklin Delano Roosevelt threw out the ceremonial first pitch.The last president to do so was George W. Bush, who threw out the first pitch at New York’s Yankee Stadium before Game 3 of the 2001 world Series.Copyright © 2019, ABC Radio. All rights reserved.