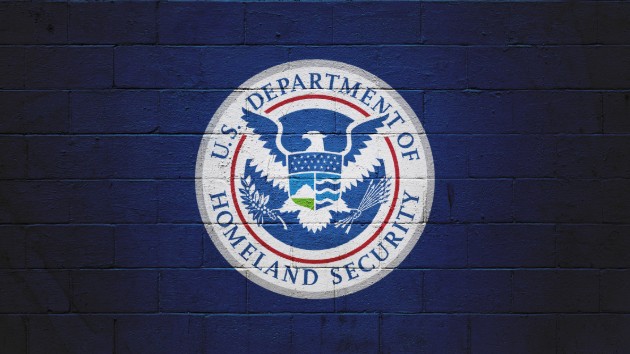 Gwengoat/iStock(WASHINGTON) — The clock is ticking for President Donald Trump to appoint a new Homeland Security secretary after current chief Kevin McAleenan said he would leave the agency by the end of the month. The pending announcement comes as McAleenan told lawmakers he would not testify this week before leaving the agency.“While I had planned to exhaustively prepare for this very important hearing, I am instead focused on winding down my tenure and facilitating an orderly and expeditious transfer of responsibilities to my successor,” McAleenan wrote in a letter to House Homeland Security Committee Chairman Bennie Thompson.Thompson issued the subpoena last week after McAleenan refused the committee’s initial request to personally testify, instead offering another top DHS official in his place.“It is inexcusable that the people charged with keeping the country safe from terrorism are refusing to show up to testify before Congress and speak to the American people about what they are doing to secure the homeland,” Thompson said in a statement last Thursday.Trump promised to name McAleenan’s replacement in the days following his Oct. 11 resignation. But more than two weeks later, the president still has not named McAleenan’s successor.Mark Morgan and Ken Cuccinelli, two top acting officials known for their hawkish views, have previously been floated as possible contenders for the job.Trump has told reporters he likes the “flexibility” of agency leaders serving in acting roles, but the Federal Vacancies Act puts limits on how long interim department leadership can serve without a formal nominee. The White House personnel office has reportedly told Trump that both Cuccinelli and Morgan would be ineligible to serve as acting DHS Secretary under federal law.Some of the most avid supporters behind Trump’s immigration restrictions favor Cuccinelli, who, as the acting head of Citizenship and Immigration Services, is responsible for creating stricter standards on legal immigration.RJ Hauman is the head of government relations at the Federation for American Immigration Reform — a group that supports hard limits on immigration. He called Cuccinelli a “skilled lawyer with good political sense.”“DHS is desperate for an outsider who is committed to President Trump’s entire immigration agenda,” Hauman said. “Picking a career official or close associate of a former secretary who was forced out won’t change a thing.”Cuccinelli and Morgan have taken on vocal roles in advocating for the administration’s immigration agenda.Morgan, the acting head of Customs and Border Protection, told Fox News host Tucker Carlson earlier this year that he could tell if an immigrant child was a gang member after having “looked in their eyes” at immigrant detention facilities.Another major hurdle for both agency leaders is surviving Senate confirmation where they could face opposition from Democrats and even moderate Republicans.Before taking over at USCIS, Cuccinelli ran the Senate Conservatives Fund — a group that supported far-right challenges to incumbent Republicans.“I don’t think you have to wait for the midterms for Mitch McConnell to worry about his job,” Cuccinelli told ABC’s “Powerhouse Politics” podcast prior to last year’s election.Chad Wolf, acting under secretary of strategy and policy at DHS, is another potential option to replace McAleenan, according to current and former administration officials.Wolf helped establish the Transportation Security Agency after 9/11 and worked in the private sector as a lobbyist and consultant on security issues. With his tenure as a seasoned security executive and his focus on planning and operations at Homeland Security, Wolf has built internal support at DHS.“He knows the ins and outs of how the department operates,” said one senior DHS official, who spoke on condition of anonymity. “If [Trump] selects him as acting, he would be able to pick up the ball on day one and carry on with the president’s agenda.”Wolf also served as chief of staff to former Secretary Kirstjen Nielsen during Trump’s “zero tolerance” policy that led to the expedited separation of children from their parents at the border. As a result, his confirmation as under secretary was held up by Senate Democrats.But votes in the Senate wouldn’t be necessary if Wolf is tapped to lead as acting secretary before Trump decides on a formal nominee. Copyright © 2019, ABC Audio. All rights reserved.