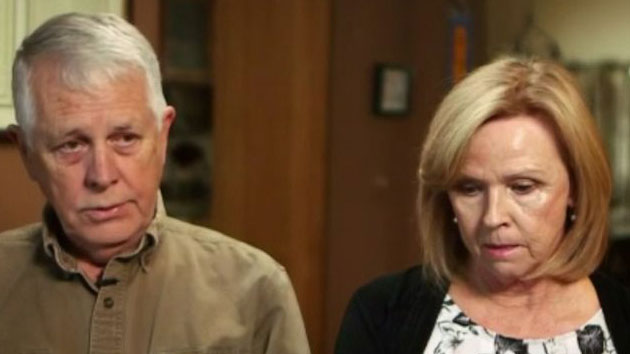 ABC News(WASHINGTON) –While many celebrate the successful U.S. military raid targeting ISIS founder Abu Baker al-Baghdadi, American families of ISIS victims describe mixed emotions on the terror leader’s death.”To be honest with you, I’m feeling numb,” said Jimmy Drake, who lost his 32-year-old son Darren in the 2017 Baghdadi-inspired truck attack in New York City that left 8 dead. “I don’t take any enjoyment out of this person dying because he took three children with him. Had he died alone by himself, I’d probably be happy – but not when he kills three children along with him.”As U.S. forces closed in, al-Baghdadi grabbed three of his children and ran into a tunnel inside his compound, where he was eventually cornered by a U.S. military dog, President Trump said Sunday. The president described al-Baghdadi as, “whimpering, crying and screaming the whole time.” He then detonated a suicide vest, killing himself and the children around him.”It’s just a terrible scenario,” Drake said in an interview with ABC News Live “The Briefing Room.” “I take no pleasure knowing he’s dead.” Darren Drake was riding a bike along the West Side Highway in lower Manhattan when 29-year-old Uzbek national Sayfullo Saipov plowed him down on a rampage perpetrated with a pickup truck rented from Home Depot.Saipov was later captured and indicted by a federal grand jury. In the complaint, prosecutors say: “Saipov was motivated to commit the attack after viewing a video in which [ISIL leader] Abu Bakr al-Baghdadi … questioned what Muslims in the United States and elsewhere were doing to respond to the killing of Muslims in Iraq.” Carl Mueller, whose daughter Kayla — a humanitarian aid worker in Syria — was taken hostage by Baghdadi himself and later presumed killed, says he had hoped the terror leader would have been taken alive.’We were actually hoping that he would be captured so we could possibly get some intel from him,” Mueller told ABC News, “but if a person is willing to kill themselves rather than be captured, I don’t think you would get a lot of information from that person.” Kayla Mueller’s remains have never been recovered, and her father is on a mission for closure.”Someone that they’ve captured in that group that was close to al-Baghdadi knows what happened to her,” Mueller said of two adult men detained during the U.S. military raid. “They know how she died, they probably know where she is buried or — see, we’re not 100% sure Kayla’s even dead. That’s the struggle that we’ve been facing and that’s what we’re going to start speaking out about.”Art and Shirley Sotloff, parents of Steven Sotloff, who was kidnapped by ISIS militants in 2014 and beheaded by his captors, said they want the focus to be on freeing remaining hostages in the region.”While this victory will not bring our beloved Steven back to us, it is a significant step in the campaign against ISIS,” they said. “It is our hope that our son’s surviving captors, nicknamed “the Beatles”, will be brought to justice, that all remaining hostages are returned to safety.”Diane Foley, whose son and journalist James Foley was killed by ISIS in 2014, echoed those sentiments. “I am grateful to our President and brave troops for finding ISIS leader al-Bagdadi,” she said Sunday. “I hope this will hinder the resurgence of terror groups and pray that captured ISIS fighters will be brought to trial and held accountable.”With the help of his local congressman, Drake is advocating for legislation to help prevent would-be terrorists from renting cars to stage an attack like the one that killed his son.Today Drake’s congressman, Rep. Josh Gottheimer of New Jersey, introduced the Darren Drake Act, a bill which would require DHS and TSA to require rental car companies and car dealers to alert authorities of suspicious behavior.”Even Darren would say, ‘Dad, if I had to go knowing that corrective action was taken and other people were saved maybe it wasn’t that bad,"” Drake said. Still, he added of his loss: “It’s an open wound; I don’t think you ever really move on. It’s just something you learn to endure every day.”