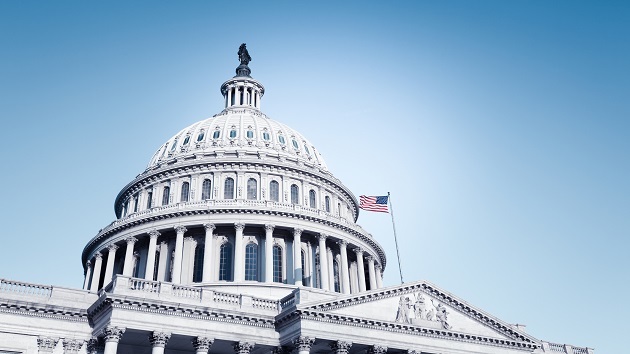 uschools/iStock(WASHINGTON) — Rep. Katie Hill, the California Democrat being investigated for having an alleged sexual relationship with one of her congressional staffers, released an emotional video on Monday explaining why she decided to abruptly resign from Congress.

“I will not allow myself to be a distraction from the constitutional crisis we are faced with, and the critical work of my colleagues,” Hill said in the video, not specifically addressing the House’s impeachment inquiry. “And so I have to take my personal fight outside the halls of Congress.” She also said she made the decision so her friends won’t be “subject to the pain inflicted by my abusive husband and the brutality of hateful political operatives.”

It is with a broken heart that today I announce my resignation from Congress. This is the hardest thing I have ever had to do, but I believe it is the best thing for my constituents, my community, and our country. See my official statement below. https://t.co/RO8B0znc6C

This video comes a day after she announced her resignation on Sunday, and five days after the House Ethics Committee announced it would investigate her for allegedly having a sexual relationship with the office staffer in violation of House rules. While Hill denied the allegation, she did acknowledge having a sexual relationship with a campaign staffer when she was running for Congress in 2018.

In her video, Hill blames right-wing media, Republican opponents, and her husband – whom she is in the process of divorcing – for politicizing and publishing nude photos of her, along with photos that purport to show her using drugs. While Hill says she never claimed to be perfect, she said she never thought her “imperfections would be weaponized.”

“I’m hurt,” Hill continued. “I’m angry. The path that I saw so clearly for myself is no longer there.”

Hill was a leader of the Democratic freshman class, and one of the first openly bisexual members of Congress. Hill vows that she will not let her own experience scare off other women and girls from running for office, and that she will get “right back up in the saddle” from the horse that threw her.

In a statement issued by Speaker Nancy Pelosi on Sunday, Pelosi recognized Hill’s leadership along with her ‘errors in judgement.’

“She has acknowledged errors in judgement that made her continued services as a Member untenable,” Pelosi’s statement said. “We must ensure a climate of integrity and dignity in the Congress, and in all workplaces.”

Less than 24 hours after Hill announced her congressional seat would be open, Assemblywoman Christy Smith of California, also a Democrat, announced she would run for Hill’s seat in Congress in 2020.

“After much encouragement from community members, neighborhood leaders, activists, parents, veterans and working people across this district, over the last several days, it’s been made clear to me that the people of the 25th Congressional District want and need a new voice to fight for them in Washington,” Smith announced. “That’s why today I am proud to announce that I am running for Congress.”