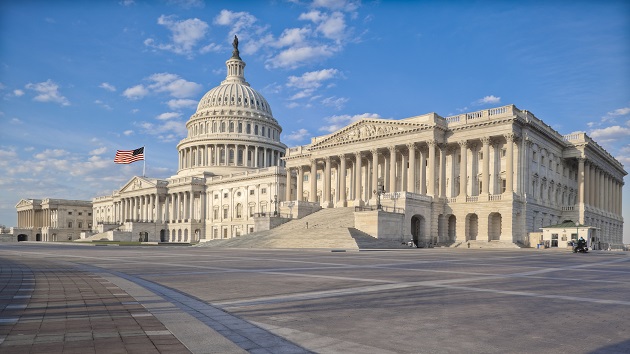 drnadig/iStock(WASHINGTON) — Rep. Greg Walden, the ranking Republican on the powerful House Energy and Commerce Committee, is retiring at the end of the term, he announced in a statement Monday.

“At the end of this term, I will have devoted 30 years to the important calling of public service; of helping bring people together to solve problems and leave our communities, our beautiful state and our great nation better off for the next generation,” Walden said. “But I also know that for me, the time has come to pursue new challenges and opportunities.”

The Oregon lawmaker is the 16th House Republican to not seek reelection, although his district should remain in GOP hands. No Democrat has won more than 40 percent of the vote there since Walden was first elected in 1998.

Walden ruled out running for any other office, saying he will instead “close the public service chapter of my life, thankful for the friends I’ve made and the successful work we’ve done together.”

Walden, who prided himself on working in a bipartisan fashion despite an increasingly polarized atmosphere on Capitol Hill, is currently serving in his 11th term in the House.

He served as chairman of the Energy and Commerce Committee during the 115th Congress, and has worked to address the opioid crisis and expand broadband access in the United States. He also served as the chairman for the National Republican Campaign Committee for two cycles, building the two largest House Republican majorities in congressional history.

Rep. Frank Pallone, the Democratic chairman of the Energy and Commerce Committee, called Walden “a serious legislator who always takes the time to listen to members and to his constituents back home in Oregon.”

“The Energy and Commerce Committee has a proud tradition of bipartisanship, and during both his time as Chairman and Ranking Member, Greg has lived up to that tradition,” Pallone, D-N.J., wrote in a statement. “I look forward to completing our bipartisan work over the next year and wish Greg nothing but the best in the future. Greg’s voice, ideas and leadership will be missed in the House.”

“From historic legislation to combat the opioid crisis, to expanding rural broadband and 5G technology, building the 21st century economy, lowering prescription drug prices, and supporting innovation in energy and healthcare, Greg has kept the focus and mission of our committee on what matters the most—improving the lives of those we serve,” Rodgers said. “I’ll miss working with him.”

Walden, 62, got his start on Capitol Hill as a press secretary and chief of staff to former Rep. Denny Smith, R-Oregon.