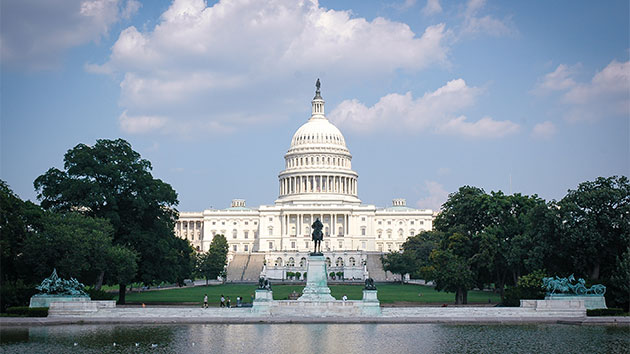 zrfphoto/iStock(WASHINGTON) — Following allegations of inappropriate sexual relations with a congressional staffer, Rep. Katie Hill announced her resignation from Congress Sunday night.“It is with a broken heart that today I announce my resignation from Congress,” Hill said in a statement. “This is the hardest thing I have ever had to do, but I believe it is the best thing for my constituents, my community, and our country.”

Hill said she’s leaving office so that no one else who supported her will be hurt by the ongoing scandal.

“Having private photos of personal moments weaponized against me has been an appalling invasion of my privacy. It’s also illegal, and we are currently pursuing all of our available legal options,” Hill continued in a statement. “However, I know that as long as I am in Congress, we’ll live fearful of what might come next and how much it will hurt.

“I can no longer allow my community, family, friends, staff, supporters, and especially the children who look up to me as a role model, suffer this unprecedented brand of cruelty,” Hill said. “For the mistake made along the way and the people who have been hurt, I am so sorry.”

Speaker of the House Nancy Pelosi said Hill made important contributions in her short time in Congress, but that the integrity of Congress must be ensured.

“Congresswoman Katie Hill came to Congress with a powerful commitment to her community and a bright vision for the future, and has made a great contribution as a leader of the Freshman Class,” Pelosi said in a statement Sunday night. “She has acknowledged errors in judgment that made her continued service as a Member untenable. We must ensure a climate of integrity and dignity in the Congress, and in all workplaces.”

On Wednesday, the House Ethics Committee opened an investigation into allegations that Hill had a sexual relationship with one of her Capitol Hill staffers, which is a violation of House rules.

The Committee said even though it’s investigating the allegations, it does not mean any violation occurred.

Last week, Hill sent a letter to supporters denying the allegations that she had sexual relations with a congressional staff member but did apologize for an “inappropriate” relationship with a campaign staffer.

“I know that even a consensual relationship with a subordinate is inappropriate, but I still allowed it to happen despite my better judgment,” Hill, who is the first openly bisexual member of Congress, wrote. “For that, I apologize. I wish nothing but the best for her and hope everyone respects her privacy in this difficult time.”

In her statement Sunday, Hill said she will now focus her efforts fighting “this type of exploitation that so many women who are victims to and which will keep countless women and girls form running for office or entering public light. Thank you for allowing me to turn my focus to this particular battle right now.”

How Trump’s team spent most of the $1.6 billion it raised over 2 years
42 states, territories in upward trajectory of new COVID-19 cases: HHS memo
Voter turnout among Puerto Ricans rising, not necessarily because of Hurricane Maria: Experts
Biden to unveil COVID-focused ad during World Series featuring Arizona salon owner: ‘I’m afraid of dying’
“He did what he did”: Sacha Baron Cohen responds to ‘Borat 2’ scene with Rudy Giuliani
Senior citizens, key to Trump’s 2016 victory, now far from a sure group for president