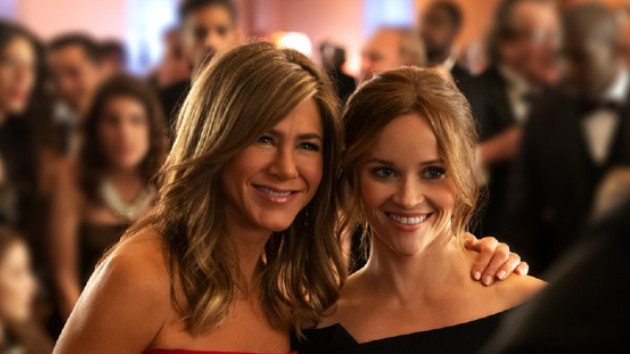 AppleTV+(LOS ANGELES) — A week from today, Apple debuts its new streaming service, Apple TV+. And one of the big shows it’s launching is The Morning Show, a behind-the-scenes look at a fictional morning network news show.

The series stars two of its producers — Jennifer Aniston and Reese Witherspoon — as well as Steve Carell.  However, don’t expect the former The Office star to be his usual affable self, or at all similar to the lovably clueless Dunder Mifflin boss Michael Scott. Carell plays a morning news anchor who is fired for sexual misconduct in the first episode.

Carell tells ABC Audio it didn’t bother him to play so against type.

“If people are dumb enough to associate you with a character that strongly, that’s on them, you know, that’s not that. Clearly, these are everything I do is not me,” Carell told ABC Audio. “You know, there are all different types of characters to play in the world. So I thought it was an interesting examination of this type of person.”

As for where Carell gets his daily dose of morning news?  No surprise, he’s like the rest of us.

“Usually through my phone,” he confesses.  “I mean, because it’s always so with you. You want to find out about the fire that’s going on. That’s where you go.”

The Morning Show debuts on Apple TV+ on November 1.