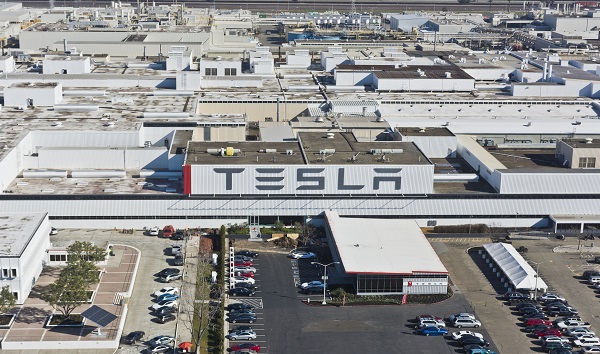 Steve Proehl/Getty Images (PALO ALTO, Calif.) — Tesla announced $143 million in profits for its 3rd Quarter, in a major win for the company after it reported back-to-back losses in the first and second quarter of 2019.In more good news for the company, in a memo to investors, the automaker also said that its new Gigafactory in Shanghai had been completed ahead of schedule, in just 10 months, and is “ready for production” pending final governmental approvals.The battery and electric vehicle production plant is the first of its kind for Tesla in China. The facility in China was approximately 65% cheaper to build than its Model 3 production systems in the U.S., the company told investors Wednesday.”We are already producing full vehicles on a trial basis, from body, to paint and to general assembly, at Gigafactory Shanghai,” Tesla said in its update. “We have cleared initial milestones toward our manufacturing license and are working towards finalizing the license and meeting other governmental requirements before we begin ramping production and delivery of vehicles from Shanghai.””China is by far the largest market for mid-sized premium sedans,” the company added. “With Model 3 priced on par with gasoline powered mid-sized sedans (even before gas savings and other benefits), we believe China could become the biggest market for Model 3.”The company also announced it is in the “final stages” of a selection process for a site for its upcoming Gigafactory in Europe, which is expected to produce both Model 3 and Model Y vehicles. Production in Europe is set to begin in 2021.Copyright © 2019, ABC Audio. All rights reserved.