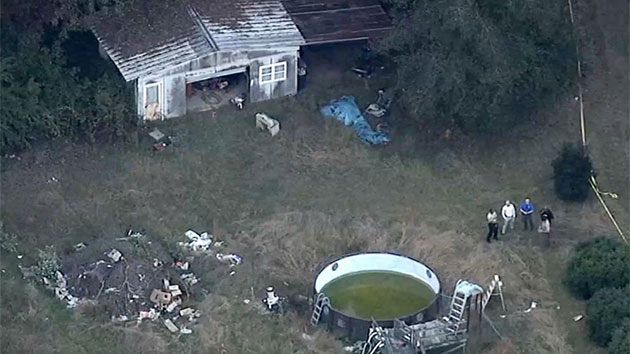 WTVD(DURHAM, N.C.) — North Carolina police announced an arrest in a 15-year-old cold case on Thursday, shortly after discovering human remains buried at a home in Spring Hope.Kimberly Hancock, 49, was arrested and charged with the murder of Deborah Elaine Deans, who has been missing since 2004.The Nash County Sheriff’s Office searched Hancock’s home on Thursday afternoon after a tip was passed along to them from a local crime fighting news site one week ago. The tip contained information about a missing persons case and the location of a possible body, police said.The remains were found “in a shallow grave wrapped in debris in the backyard” of the home, Sheriff Keith Stone said at a press conference. The tip was “consistent with the description of the wrapping and how the body was buried.”Though the remains are currently working to be identified, police believe them to be Deans, who was 29 years old when she was last seen.Hancock was initially identified as a person of interest, but was later arrested and charged with first-degree murder after an “in-depth interview,” police said.”We had several investigators talking to her, and were able to paint the picture of what actually happened 15 years ago,” Chief Deputy Brandon Medina told ABC Durham, North Carolina, affiliate WTVD-TV.Police did not say if the original tipster was a person of interest.”It’s not a good outcome,” said Stone, “but it puts families to rest to know at least where their loved ones are.”Hancock is being held without bond at the Nash County Detention Center, police said. Her first court appearance was scheduled for Friday.She has not yet entered a plea in the case. Copyright © 2019, ABC Radio. All rights reserved.