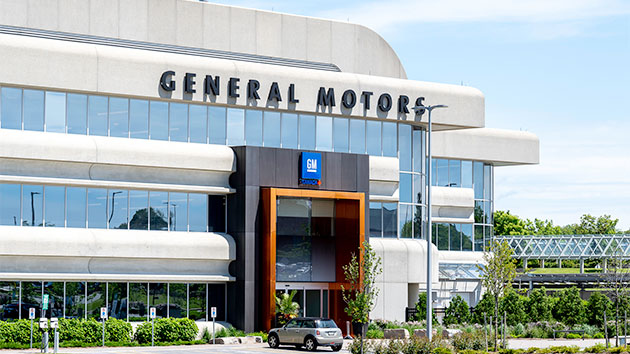 JHVEPhoto/iStock(NEW YORK) — The United Auto Workers union voted to ratify an agreement to end a nationwide strike against General Motors, union leaders announced Friday. “General Motors members have spoken,” Terry Dittes, UAW vice president said in a statement. “We are all so incredibly proud of UAW-GM members who captured the hearts and minds of a nation. Their sacrifice and courageous stand addressed the two-tier wages structure and permanent temporary worker classification that has plagued working class Americans.” The new contract establishes an $11,000 ratification bonus for eligible employees as well as a $4,500 bonus for temporary employees.As part of the deal negotiated for hourly workers, full-time temporary workers gain a clearer path to permanent status. There are also no changes or additional fees related to their health care plans.Eligible members will also receive a one-time company contribution of $1,000 to their Personal Savings Plan for their pensions as part of the deal.The new contract also outlines a 3% general wage increase in the second and fourth years for hourly workers, as well as 4% lump sums in the first and third years for eligible employees.As part of the new contract for salaried workers, they’ll receive 66 holidays over four years. In addition, salaried members will be eligible for an $11,000 bonus toward continuing education or job-related developments.The contract does, however, allow for the GM to proceed with closing three plants, in Lordstown, Ohio, in Warren, Michigan, and another just outside Baltimore.

GM confirmed the contract was ratified by the workers and said the new agreement plans to invest $7.7 billion and 9,000 jobs in the U.S. in a statement.

“We delivered a contract that recognizes our employees for the important contributions they make to the overall success of the company, with a strong wage and benefit package and additional investment and job growth in our U.S. operations,” Mary Barra, chairman and CEO of GM, said in a statement. “GM is proud to provide good-paying jobs to tens of thousands of employees in America and to grow our substantial investment in the U.S.”

News that a deal has been approved and ratified by the union comes after approximately 49,000 union members were on strike against the auto-manufacturing giants for over a month.The strike began Sept. 16 after a previous labor contract expired and negotiations over a new one fell apart.Union leaders had argued that GM workers deserved a bigger slice of the company’s profits, which they said have totaled $35 billion in North America over the last three years. As the strike continued, the UAW claimed that for every $1 a GM employee made, CEO Mary Barra made $281.The strike garnered national attention, and a handful of 2020 presidential candidates have joined the picket lines over the past weeks, including Sen. Elizbeth Warren, D-Mass, and former Vice President Joe Biden.Copyright © 2019, ABC Radio. All rights reserved.