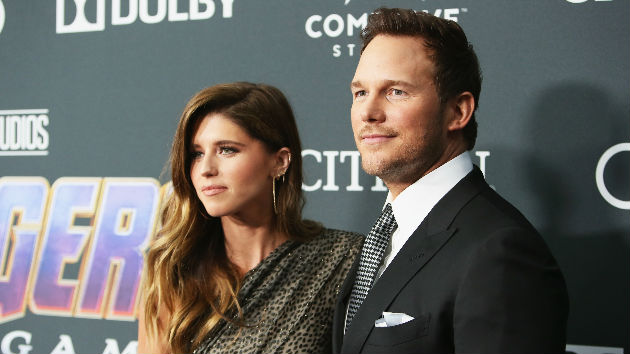 On Jimmy Kimmel Live! the Terminator: Dark Fate star spoke proudly about his new son-in-law, and how he and Pratt bonded over a little gym time. Arnold said Pratt is, “not only a very talented guy and a great actor and a great star in and all this stuff, but a really kind man and kind to my daughter, which is the most important thing for me.”

Schwarzenegger added, to laughs, “But, you know, I was, like, blown away when my daughter was telling me that she’s going out with him because I was saying…’Do you have to be so competitive? I mean, do you have to have a guy that is taller than me, bigger than me? Who’s in bigger movies than me…that makes more money than me and — What is going on here?”

Arnold explained, “I get along with him really well, and of course, the first thing that when we met, he says, “Can we have a workout together? I need to have the inside scoop to the pumping iron!”

“Were you impressed?” Kimmel asked. “Was that part of how you decided whether he could be a part of your family or not?”