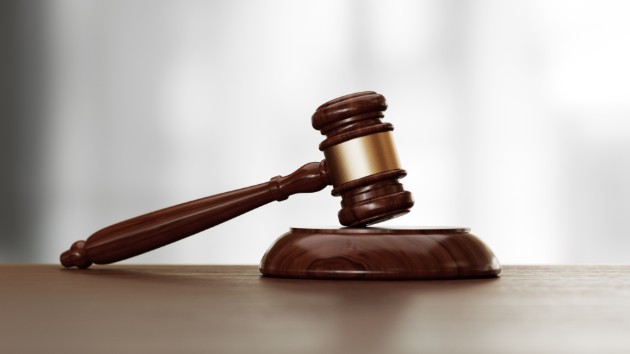 MicroStockHub/iStock(ANNAPOLIS, Md.) — A man accused of gunning down five people in a Maryland newsroom last year has changed his plea to guilty but maintained that he’s not criminally responsible for the crimes by reason of insanity. After previously pleading not guilty on all 23 charges in the indictment, including five counts of first-degree murder, Jarrod Ramos admitted guilt in Anne Arundel County Circuit Court on Monday before a judge who subsequently accepted his plea and found him guilty following a hearing. But Ramos is still pursuing an insanity defense, according to his attorneys. A jury will determine whether he’s criminally responsible.Three days of jury selection is expected to start on Wednesday. The final jury selection will be on Monday, according to Terri Charles, a spokesperson with the courts.Ramos, a 39-year-old resident of Laurel, Maryland, is accused of fatally shooting five employees at the Capital Gazette, the daily local newspaper in Annapolis, Maryland, on June 28, 2018. It’s the largest killing of journalists in U.S. history.Four journalists — Wendi Winters, Rob Hiaasen, Gerald Fischman and John McNamara — and a sales assistant — Rebecca Smith — were killed. A garden with five rose bushes and a memorial plaque was dedicated in their honor this year at Acton’s Cove Waterfront Park in Annapolis.Prosecutors allege Ramos had a long grudge against the newspaper and planned the attack.Ramos was allegedly armed with a legally-purchased, pump-action shotgun when he arrived at the multi-office building in Annapolis on that fateful day. Authorities said he “looked for his victims as he walked through the lower level” where the Capital Gazette newsroom is located. He “hunted” his victims, including those who tried to flee, and barricaded the back exit of the newsroom, according to authorities. Police arrived at the scene of the shooting within a minute and arrested Ramos after finding him hiding under a desk in the newsroom.Copyright © 2019, ABC Audio. All rights reserved.