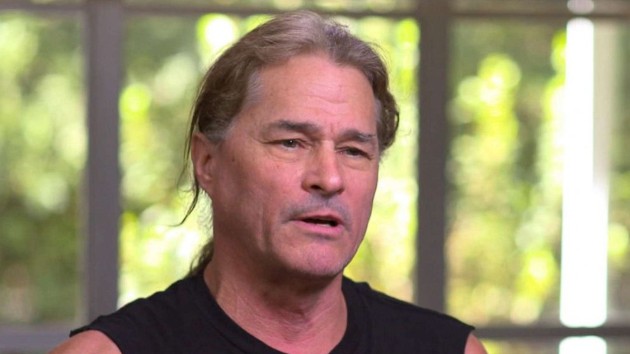 ABC News(NEW YORK) — It’s been 10 years since police called the search for the infamous balloon boy a hoax, but even now, the boy — now a teenager — and his parents are standing by their story. Richard Heene maintains to this day that he, his wife, Mayumi, and their three sons were working on a saucer in the backyard of their Colorado home, with video cameras rolling, when the homemade device got loose and they feared their 6-year-old son Falcon was inside it. Millions watched in horror on live TV as the saucer drifted across the sky for nearly two hours and across almost 70 miles. Police, however, had doubts and thought it was a publicity stunt. When the saucer finally came down, it turned out the boy was not on board. Instead, he had apparently been hiding in the attic at home.The father told ABC News he believes he was a victim of character assassination and was still fired up at any suggestion the scare was a hoax. “What would be nice is if the media, could actually go, ‘Yeah, Richard’s got a point,"” he said. “But it’s so biased — the media continues on with the same narrative.” Richard Heene said he “definitely” feels he still needs to clear his name.”I’ve lost a lot of opportunities. I’ve had people contact me about things I invented and the deal went south — because they find out who I am,” he explained. “The thing that gets me is the media never tells my side of the story.” At the time, police said the family, who had previously been on the reality show Wife Swap, staged the stunt to gain fame and more opportunities.The parents eventually pleaded guilty to related charges and were sentenced to minimal jail time, work release and eight years probation after Mayumi Heene said she confessed out of fear. “I thought, ‘I’m going to be deported,"” she said. “Then I won’t see my husband or, you know, kids — I won’t be able to see them.” But she said eventually the ordeal brought their family closer. The name “balloon boy” has stuck with Falcon Heene ever since, but the long-haired teen, who is now in a heavy metal band with his brothers, Ryo and Bradford, has leaned into the nickname.They titled one of their first original songs “Balloon Boy, No Hoax,” and a video for it features Falcon Heene flying around on a saucer. But he told ABC News, “I haven’t thought about anything” in terms of using it as a strategy. The three boys, who were all home schooled, work with their dad to fix up houses and have big plans for a career in music, far away from their family’s infamous floating past. “We don’t really wanna associate ourselves with that,” Bradford Heene said. “We just want to rock out.” Falcon Heene said he has been able to make light of the events since he has pretty much no recollection of the day that went down in infamy and said it has no bearing on his daily life.