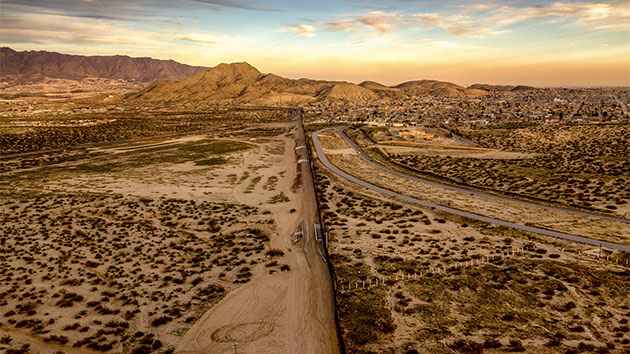 grandriver/iStock(WASHINGTON) — Despite record increases of migrants stopped by federal authorities along the southern United States border, tens of thousands more evaded capture as the Trump administration struggled to handle a massive influx of unauthorized crossings over the past year. As many as 150,000 people were missed by Border Patrol, even as agents were pulled from ports of entry to assist with the record number of crossings, acting Customs and Border Protection head Mark Morgan said at a press conference Tuesday.Morgan described the number of border crossings as a “conservative” estimate.“This absolutely made our country less safe,” he said, referring to the reassignment of CBP personnel from security checkpoints to the border line.More than 40 percent of agents were redirected at the height of the border crossing surge earlier this year, Morgan said. Driving the challenge for CBP were high levels of families and unaccompanied children who require extra care when taken into U.S. custody.Border agents stopped 608,697 unauthorized family members and unaccompanied children attempting to cross during budget year 2019, according to newly released CBP data. That’s up from about 218,000 in the previous year. The numbers reflect the highest surge of parents and minors ever recorded, Morgan said.In total, nearly one million unauthorized migrants were stopped at the border in the last budget year, according to CBP data.“These are numbers that no immigration system in the world can handle, not even in this country,” Morgan said.The commissioner first announced the latest border crossing totals at a White House briefing in early October, also noting a 65 percent decline in unauthorized migrants encountered by border agents over the past 4 months.“This administration’s strategies have brought about dramatic results,” he said Tuesday.The Trump administration has implemented new policies to limit asylum claims, including a program called “Migrant Protection Protocols” that sends migrants back to Mexico while they attempt to navigate the U.S. legal process. The practice has faced legal challenges but was allowed to continue until a higher court rules. The 9th Circuit Court of appeals is currently reviewing the legality of MPP.Pointing out the dangers posed by making illegal crossings in remote areas, immigration authorities publicly encourage those seeking entry to cross at official U.S. crossings. However, port officials have resorted to limiting access for asylum seekers and other non-authorized crossers.The process, known as “metering,” dates back to 2016 and has likely resulted in additional illegal crossings, according to the Congressional Research Service. Copyright © 2019, ABC Audio. All rights reserved.