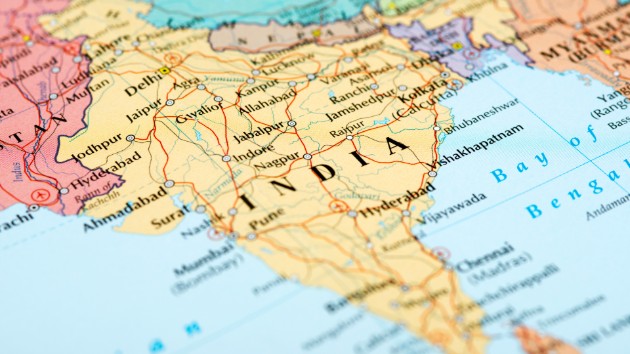 (NEW YORK) — A two-year-old boy who was trapped 100 feet down a well for four days in southern India has been found dead, despite a major rescue operation to try and save him.

Rescuers had been racing to reach Sujith Wilson since he slipped into the abandoned borewell on Friday in Trichy, in the southern Indian state of Tamil Nadu. The rescue effort had gripped India, tracked closely by the news media, with Prime Minister Narendra Modi saying he was following its progress and celebrities posting messages of support.Workers brought in heavy digging equipment and attempted to drill a second borehole next to the shaft where the boy was trapped in an attempt to reach the child, who was believed to be 100 feet down the hole. They also continued to pump oxygen into the hole over the weekend.By Monday, they were still holding out some hope of recovering Sujith alive.But early on Tuesday morning, officials announced they were now sure Sujith was dead and around 3am local time, his body was recovered and sent to a government hospital for an autopsy, before being turned over to the boy’s parents for burial later that day.”We tried our best to rescue him. The digging process has been stopped,” Principal Secretary in the Transport Department J Radhakrishnan, who had been helping to oversee the operation, told reporters Tuesday. He said that Sujith’s body was badly decomposed.Tamil Nadu’s Chief Minister Edappadi K Palaniswami and Deputy Chief Minister O Panneerselvam visited the village of Nadukattupatt where the boy’s parents live to pay their condolences, according to local media reports.The incident has prompted a public outpouring in India. Celebrities from across the country, including well-known actors and cricketers, posted messages of condolences about Sujith’s death on social media on Tuesday. Prime minister Narendra Modi on Monday had written on Twitter his “prayers are with the young and brave Sujith Wilson.”Boreholes are deep, narrow shafts drilled into the ground to extract water, and open or abandoned holes are a common hazard in rural India. Another toddler died earlier this year after falling into a borehole in the northern state of Punjab.Sujith’s death has prompted renewed calls for authorities to take steps to ensure boreholes are covered and to punish those failing to properly secure them.Copyright © 2019, ABC Audio. All rights reserved.