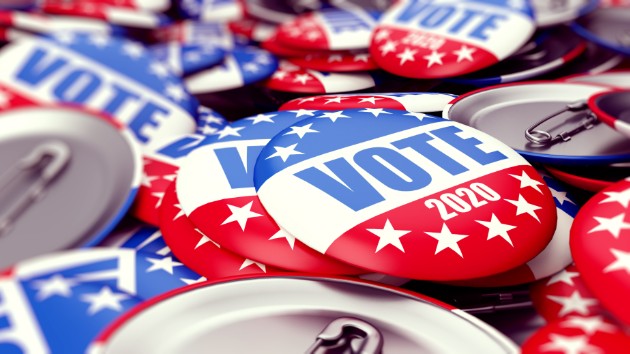 3dfoto/iStock(CONCORD, N.H.) — The second floor of the historic New Hampshire State House in Concord, New Hampshire, is home to a small, quiet office with a few people answering the phones and pictures of the previous presidential candidates who had filed to be on the New Hampshire primary ballot over the past several decades hanging on the walls. However, for about two-and-a-half weeks, this unassuming office turns into a buzzing political hub as presidential candidates (or their designated representatives) stream in with staff and supporters in tow and the media gathers around to watch the candidates fill out the paperwork to get on the ballot in New Hampshire — home to the first-in-the-nation primary. The primary is expected to take place in February, and although New Hampshire Secretary of State William Gardner has not set the exact primary date yet, it is expected to take place on Feb. 11.Gardner, who has been the state’s secretary of state since 1976, said that every U.S. president has won at least one New Hampshire primary since Dwight D. Eisenhower won the 1952 primary. Richard Nixon won the primary three times.”This is a very open, inclusive primary, it’s not exclusive,” Gardner told ABC News. “Many states, the secretary of state just decides who gets on the ballot. But here, it’s wide open for anyone who wants to have a chance to run for president, they can come here, file, and have their chance.”The campaigns have been increasing their staff in the Granite State ahead of the nation’s first primary. The Buttigieg campaign has one of the largest staffs on the ground with roughly 60 staffers, while Hawaii Rep. Tulsi Gabbard is at the other end of the spectrum with a much smaller contingent.Much like the process in 2015, this election cycle’s candidates will fill out their paperwork at the desk of Stephen A. Bullock, the New Hampshire legislator who sponsored the original measure that established the state’s primary. The desk was donated by Bullock’s family and is usually housed at the New Hampshire archives building just over a mile from the state house.”We’re using the desk to honor him,” Gardner said. According to Gardner, in the winter of 1913, Bullock made a 65-mile trek by a horse-drawn buggy from his home in Richmond, New Hampshire, to the state capitol in Concord where he proposed House Bill 430 to create the first presidential primary. The bill passed the legislature in May 1914 and the first primary was held in 1916, one week after the Indiana primary.The following election cycle, New Hampshire became the first in the nation to hold a primary on March 9, 1920, because Indiana had moved their primary back to May.In 1975, New Hampshire passed a law requiring the New Hampshire primary to be the first in the nation. The law states that New Hampshire’s primary “shall be held on the second Tuesday in March or on a date selected by the secretary of state which is 7 days or more immediately preceding the date on which any other state shall hold a similar election, whichever is earlier, of each year when a president of the United States is to be elected or the year previous.” This is “to protect the tradition of the New Hampshire first-in-the-nation presidential primary.”In order to secure a spot on the ballot, presidential candidates, or their designated representatives, visit the secretary of state’s office at the state house, pay a $1,000 filing fee in cash or a bank certified check and fill out the necessary paperwork. Candidates can only file to be on the ballot on weekdays from Wednesday, Oct. 30, 2019 until Friday, Nov. 15, 2019 from 8 a.m. until 4:30 p.m. (except on Veteran’s Day). To celebrate the centennial first-in-the-nation primary anniversary, Gardner says that there will be a special commemorative ballot used, just as they had done for the 2016 ballot.The campaigns arrange a time to file with staffers from the secretary of state’s office so they can avoid having multiple candidates arrive at the same time.Once a date and time is arranged, the public won’t be able to find the calendar online. That information is only available by stopping by, or calling the office to find out when candidates are scheduled to stop by. The office writes the appointments in pencil on a printed out calendar.Candidates often turn the filing into a mini-celebration with their supporters. This year, Vermont Sen. Bernie Sanders is holding a rally outside the New Hampshire State House after filing his paperwork.It’s not only high profile candidates who fill out paperwork to get on the ballot.”In the filing period…we get a lot of interesting candidates to say the least,” Gardner said.One of those interesting candidates came to the attention of his office in 1980 when a gorilla named Colossus attempted to get on the ballot.Gardner told ABC News that Colossus’ campaign manager, a chimpanzee, had gone into the secretary of state’s office to fill out the paperwork on behalf of Colossus. Gardner said that Colossus was born in Detroit and was living at an animal park in New Hampshire.Colossus’ owner had pointed out that New Hampshire law did not stipulate that those filing to be on the ballot had to be a human and said that the gorilla met the age requirement and the requirement of having been born in the United States to get on the ballot.Gardner said he rejected Colossus’ paperwork. Copyright © 2019, ABC Audio. All rights reserved.