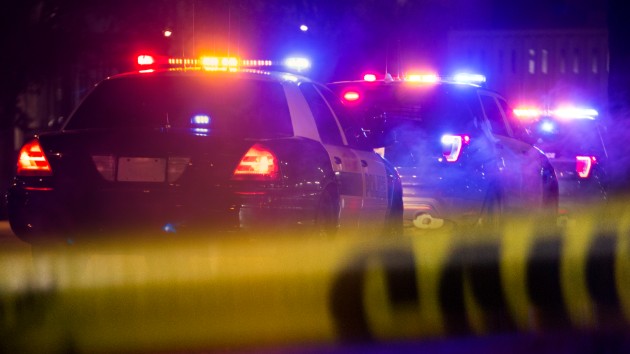 MattGush/iStock(LONG BEACH, Calif.) — At least 3 people have been killed and 9 more injured after a shooting at a home in Long Beach, California.Authorities declared a mass casualty incident and said that they were responding to a crime scene where they discovered three dead males and nine others injured, five of them seriously, outside a home next to a nail salon in downtown Long Beach just after 11 p.m on Tuesday.Jake Heflin of the Long Beach Fire Department told ABC News’ Los Angeles station KABC-TV that the shooting took place at a Halloween party and all patients transported may have been hit by gunfire. Heflin added that the suspects remain at large, although the exact number of suspects involved was not clear and a description was not available.Multiple shell casings could allegedly be seen in the alley outside the home where the shooting took place which indicates that the shooting took place outside, according to KABC.The number of suspects involved in the crime was undisclosed but authorities said they remain at large and that the motive of the shooting is currently unknown. Copyright © 2019, ABC Audio. All rights reserved.

In Hurricane Ian’s aftermath, the new head of FEMA faces a historic challenge