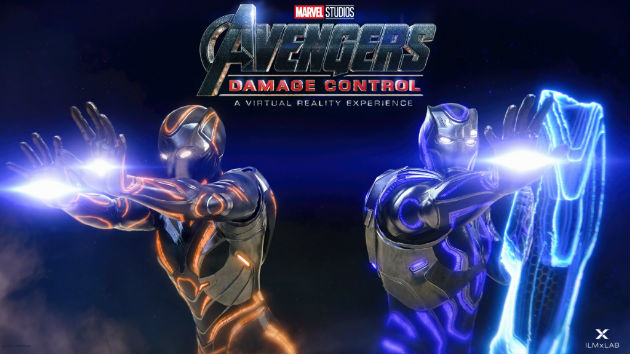 Marvel Studios/ILMxLAB(NEW YORK) — The Void, the company behind stunning virtual reality experiences, is letting fans be a part of the Marvel Cinematic Universe with its latest adventure: Marvel Studios’ Avengers: Damage Control.

The experience created by ILMxLAB in conjunction with Marvel Studios is now open for business — and for superhero fans, it’s a dream come true.

With just a vest and special headgear, you’re virtually welcomed by Wakandan Princess and resident genius Shuri, again played by Avengers: Infinity War and Endgame star Letitia Wright. She fits you with a prototype Stark Industries/Wakandan hybrid Iron Man-type suit, and runs you through the motions of firing repulsor blasts from your palms, just like Tony Stark did.

However, your training is interrupted by an attack by the robotic menace, Ultron. Soon, Doctor Strange, Ant-Man and The Wasp, and other Avengers come to the fray. Benedict Cumberbatch, Paul Rudd and Evangeline Lilly reprised their respective roles for the experience; Spider-Man, Hulk, and others also come to your aid.

Marvel Studios’ Dave Bushore [Bush-ORE], executive producer of Damage Control, tells ABC Audio, “The technology is finally available to us to do those iconic moments…[like] the ‘Iron Man pose.’ People already have that vernacular in their head for what that feels like…But now they get to live it!”

Ian Bowie, the Experience Director at ILMxLAB, tells ABC Audio, “That wish fulfillment is huge!… just from an experiential standpoint of being able to step into this world. It’s something that we’ve wanted to do as fans for the longest time…”

The Void virtual reality experiences are located throughout the U.S., Canada, and in Malaysia.  Visit TheVoid.com for locations.