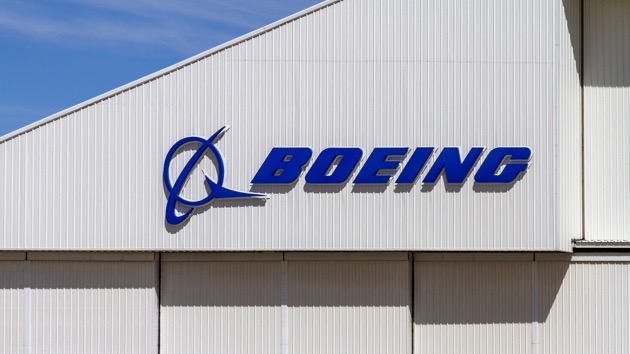 sanfel/iStock(WASHINGTON) — Boeing CEO Dennis Muilenburg on Wednesday continued to face questions from lawmakers about whether the company failed to ensure the 737 Max aircraft was safe and pilots were properly trained before two devastating crashes that killed 346 people.”We are deeply, deeply sorry, we’ll never forget and I want you to know that and we’re committed to making the improvements we need to make,” he said in his opening statement to the House Transportation Committee.At both the House hearing and a Senate hearing Tuesday, family members and friends who lost loved ones in the Lion Air and Ethiopian Air crashes sat behind Muilenberg in the hearing room, holding large photos of the victims. Muilenburg said he met with some of those families Tuesday to hear their personal stories.”It was tough to hear, but I wanted to share in their stories, hear what they had to say. It was important for us to understand the impact that this has had,” Muilenburg told ABC Senior Transportation Correspondent David Kerley on Wednesday before the hearing.”As tough as those conversations were, I think it’s part of the learning,” he said, “It’s part of us taking time to listen and makes us better as a company and it’s aligned with our values going forward and we’re going to learn from this and I think most importantly it reminds us of the importance of the work we do and that safety has to be paramount.”At Wednesday’s hearing, lawmakers intend to focus on pressure inside Boeing, pilot training requirements, and whether data was concealed from the FAA, according to a committee spokesman.”Often times you see people that just forget about objectives. Why are we actually doing this? What is the purpose of this whole process we go through, the regulations, the procedures, why? And at the end it’s always about people, that’s what we’re here for. We’re here for people for fellow Americans, fellow citizens,” Rep. Garret Graves, R-La., said in the hearing.”And it is amazing to me just being here how often that is forgotten.”Muilenburg told a Senate committee he does not plan to step down over the concerns about the 737 Max in a hearing Tuesday, saying he’s focused on ensuring safety within the company.Boeing’s fleet of 737 Max planes has been grounded while officials examined the software issues that contributed to the Lion Air and Ethiopian Air crashes, implemented software upgrades, and retrained pilots. But Boeing’s safety culture has been under increased scrutiny as investigations raised more questions about the company’s actions.The Maneuvering Characteristics Augmentation System, or MCAS, is a software feature introduced in the 737 MAX so that it feels and flies like previous models, according to Boeing. Reports from investigators indicate that erroneous signals from a single sensor contributed to the misfiring of MCAS repeatedly pushed the planes’ noses down during the fatal Lion Air and Ethiopian Air crashes.Messages between two pilots surfaced two weeks ago in which they said the MCAS flight control system was “running rampant” in a simulator session. Investigations of the Lion Air and Ethiopian Air incidents also found the pilots struggled with the MCAS safety system leading up to the crashes.Multiple lawmakers questioned Muilenburg on decisions to remove information on the MCAS system from the pilot training materials for the 737 Max.Copyright © 2019, ABC Audio. All rights reserved.

What Hurricane Ian means for food and gas prices