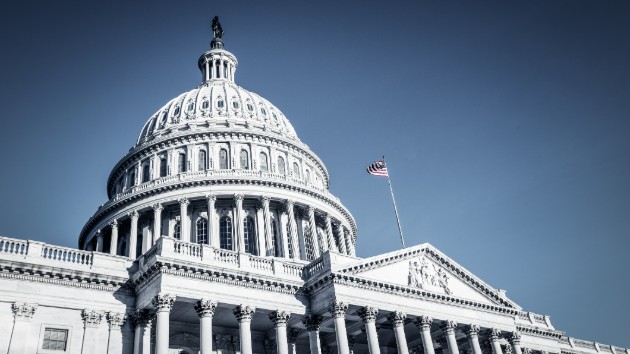 uschools/iStock(WASHINGTON) — George Papadopoulos, a former Trump campaign adviser who spent 14 days in prison for making false statements to the FBI, has filed with the Federal Election Commission to run for California’s 25th Congressional District seat being vacated by Democratic Rep. Katie Hill. Papadopoulos, the first Trump campaign-linked individual sentenced in former special counsel Robert Mueller’s investigation, teased a campaign launch on Twitter before filing Tuesday, writing, “Announcement soon on my interest in Katie Hill’s soon to be vacant seat in the 25th district!”The tease came after his wife shared a photo of him at a podium and tweeted Monday, “Make California great again.” He responded by writing, “Taking back California!” He has been floating a potential bid for Congress since he was released from prison, tweeting back in December, “It is true. I will be running for Congress in 2020, and I will win. Stay tuned.”Papadopoulos, who filed as a Republican, will likely face an uphill climb in the battle for Hill’s seat, a GOP stronghold that she flipped to blue in the 2018 midterm elections. The district has been trending blue in recent years. Hill added to Hillary Clinton’s six-point edge over Donald Trump in 2016, by winning the district by 9 points last year.One of the Democrats already declared in the race, California State Assemblywoman Christy Smith, welcomed Papadopoulos to the contest, tweeting a video asking him to locate the district on a map. Rep. Katie Hill said she would resign from Congress on Sunday after the House Ethics Committee announced an investigation into allegations she had a sexual relationship with one of her congressional staffers in violation of House rules, something she has denied. Hill, who is embroiled in a bitter divorce and has accused her opponents of circulating intimate photos of her — which she calls “revenge porn” — has admitted to having a relationship with a campaign staffer when she ran for Congress in 2018, which she said she regrets. “It is with a broken heart that today I announce my resignation from Congress,” Hill said in a statement. “This is the hardest thing I have ever had to do, but I believe it is the best thing for my constituents, my community, and our country.” Copyright © 2019, ABC Audio. All rights reserved.