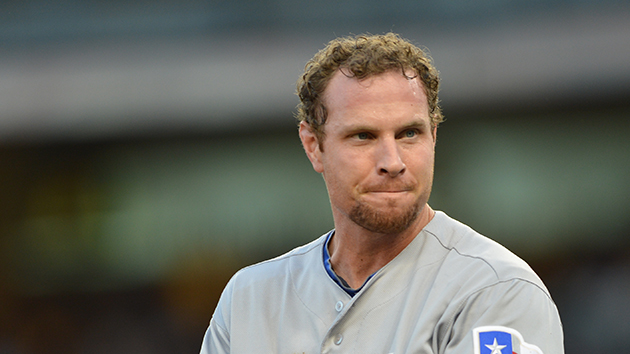 Photo by Allen Kee / ESPN Images(NEW YORK) — Former Major League Baseball All-Star Josh Hamilton was arrested on Wednesday on suspicion of injury to a child.According to an arrest warrant first obtained by the Dallas Morning News, one of Hamilton’s daughters said the 38-year-old threw a water bottle and a chair at her, later picking her up and carrying her into a bedroom where he held her head down with one hand and hit her in the legs with the other. He was booked and released on $35,000 bond.Hamilton is divorced from the girl’s mother. His ex-wife sought a protective order on behalf of her daughter earlier this month.The former Texas Ranger saw large portions of his career sidetracked by alcohol and drug abuse problems. Copyright © 2019, ABC Audio. All rights reserved.