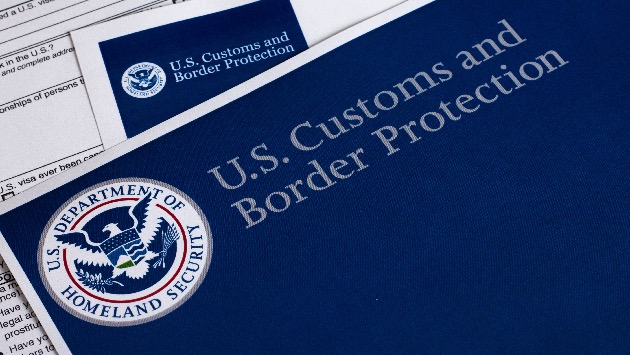 danielfela/iStock(PHILADELPHIA) — Darwin Celinn Garcia Portillo and his partner, Oscar Juarez Hernandez, fled Honduras earlier this year for the United States, hoping that they could find safety from threats against their lives.Instead, Garcia Portillo has been in Immigration and Customs Enforcement custody for nearly seven months — his request for parole (administrative release for asylum seekers) denied and his life still at risk due to his identity as a part of the LGBTQ community, according to his lawyer.The 25-year-old and his partner say they decided to escape Honduras along with Garcia Portillo’s younger brother in March. They sought asylum by legally crossing the U.S. border at San Ysidro, in San Diego, an official U.S. port of entry.While his partner was granted asylum, for close to seven months Garcia Portillo has been in ICE custody under the jurisdiction of the New Orleans ICE Field Office – which is under court order to decide parole cases on an individual basis instead of instituting blanket rules. The rate of parole for the field office had dropped from more than 75 percent in 2016 to zero this year, according to a memorandum opinion from Washington, D.C. federal judge James Boasberg granting a preliminary injunction in a class action lawsuit filed by other asylum seekers.On Oct. 22, Garcia Portillo’s request to be released on parole was denied because he was deemed a flight risk. His lawyer says ICE’s decision to keep him detained has jeopardized Garcia Portillo’s life and health.”This [being part of the LGBTQ community] is the basis of his asylum claim, but it also makes him vulnerable in a prison where there aren’t enough guards to keep the inmates from targeting each other,” David Bennion, Garcia Portillo’s lawyer, told ABC News. “And Darwin has been targeted by other detainees who don’t like being locked up with gay people. Darwin, and other LGBT detainees, they can’t go to the bathroom by themselves; they have to take showers together to protect themselves, so they won’t get beaten or raped.”According to Bennion, there was no explanation of why Garcia Portillo was deemed to be a flight risk.”He’s been denied parole, with no justification,” said Bennion. “Clearly he’s not a flight risk. He has a very strong network of support, which is where he’ll go. He’ll join his life partner, who already has asylum.”Hernandez is currently living in Colorado with his sponsors, the Bobb family, who have also legally requested to become both Garcia Portillo and his younger brother’s sponsors.”We are not rich,” Margaret Bobb, one of the sponsors, told ABC News. “We’re retired public school teachers. But we have extra bedrooms in our house because our children are grown. And we have like-minded friends who will jump in and help.”Garcia Portillo’s younger brother, who is a minor, is currently in the custody of U.S. Customs and Border Protection. Garcia Portillo says he is the sole guardian for his younger brother, and according to Bennion, his little brother cannot be released until a guardian can claim him.Bennion claims Garcia Portillo’s little brother has tried to kill himself twice while in U.S. custody.ABC News reached out to CBP, but they did not immediately respond with comment.According to ICE’s own parole directive, if an asylum seeker passes his credible fear interview, proves his identity, demonstrates he is not a danger to society and shows he is not a flight risk, he should be released on parole while he waits for his asylum hearing.Garcia Portillo passed his credible fear test, has no criminal record, proved his identity and has the Bobb family willing to sponsor him, which is a strong indication that he is not a flight risk, according to his lawyer.Despite Judge Boasberg’s ruling in the class action lawsuit, Garcia Portillo’s lawyer said he believes not much has changed.”ICE doesn’t believe it is bound by court decisions, and the federal courts don’t seem interested in asserting their authority over ICE,” Bennion said.Garcia Portillo’s asylum hearing will take place over a video conference system on Nov. 7, according to Bennion. The judge will be located in Falls Church, Va., while Garcia Portillo and Bennion will be in Louisiana, and the court handling the case files will be in Minnesota.”These agencies are in chaos,” said Bennion. “And it’s politically motivated to make it more confusing for immigrants, so they can be more easily deported.”An ICE spokesperson said the agency “cannot provide information” on Garcia Portillo’s request for parole. Regarding the class action lawsuit, ICE earlier said that it “generally does not comment on pending litigation” but complies “with court orders.”On Wednesday afternoon, the Bobb family, along with advocates, will be holding a press conference outside of Democratic Sen. Michael Bennet’s office in Colorado, hoping to call attention to Garcia Portillo’s case.Garcia Portillo’s lawyer is concerned that since he has been detained for the last seven months, he hasn’t been able to properly gather evidence to make the best possible claim.”It’s just difficult when your client is locked up 1,500 miles away,” said Bennion, who is based out of Philadelphia and taking the case pro bono. “It’s a big risk. And we can’t trust that due process will be protected in this system.”Copyright © 2019, ABC Audio. All rights reserved.