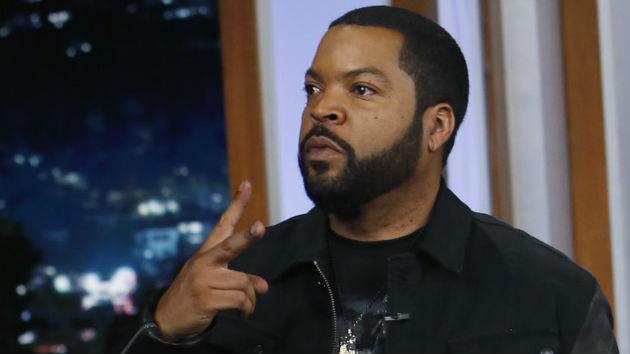 ABC/Randy Holmes(LOS ANGELES) —  “Life won’t be as funny without him,” Ice Cube said in a tweet about the passing of his Friday father John Witherspoon. The prolific actor and comedian died in Los Angeles at 77 years old.  Cube noted he’s “devastated” by Witherspoon’s passing.

Witherspoon’s son, JD Witherspoon, confirmed his dad’s unexpected passing, noting on Twitter, “…I’m sad, but I’m also happy 4 all the great times we had together. We’d roast each other like homies more than Father & Son, and I really liked that. He was my best friend & my idol. Love U Dad…I’ll miss u.”  On Twitter, Regina King, who played ‘Spoon’s daughter in Friday, mourned him on Twitter as “My Dad, my grandpa, my comedic inspiration.”

Witherspoon was an accomplished stand-up and and played Pops on Marlon and Shawn Wayans’ The Wayans Bros. sitcom.

Marlon Wayans posted a lengthy Instagram tribute to the actor, along with a throwback picture of him, his brother, and Witherspoon. “I’m sad. Broken. Hurt.. yet extremely grateful to God that i got to spend 5 years of my life working with one of the funniest sweetest wisest humblest loving man,” Marlon wrote in part, calling Witherspoon “my tv dad and my mentor and my friend. I miss you already.”

Wayans added, “Anytime i want to laugh or to see you I’m gonna put on a episode of wayans bros and laugh until i cry. I miss already…. hope your dancing in heaven with ugly white shoes on.”Arsenio Hall, Cedric the Entertainer, David Alan Grier, Jackee Harry,  and many others shared their memories of Witherspoon on social media.

“This day began with such joy,” wrote Hall. “And it’s ending with this heart wrenching news of John Witherspoon’s passing. One of our comic brothers.”

“Aww man!! This is a hurt piece!!,” Cedric wrote, sharing a photo of him and Witherspoon. “So sorry to hear the news we lost my dear friend and funny comedic legend. @johnnywitherspoon was an original!!! A considerate, hardworking, treasure of a human being. God bless your loving family. You will be missed sir.”

He then added John’s signature phrases as hashtags: #”bangbang!Bang! #Cooooordinate.”

Grier, who called Witherspoon his brother, added “You will be missed. Mannnnnnn this is a hard one.“

Meanwhile, Harry said she was “absolutely shattered at the news.”

“May love surround his entire family and fan base – a comedy legend we’ll never forget,” she wrote, adding a gif of her and Witherspoon in a scene.

‘The Bachelorette’ recap: Gabby’s journey ends with an engagement to Erich; Zach revealed as the next Bachelor