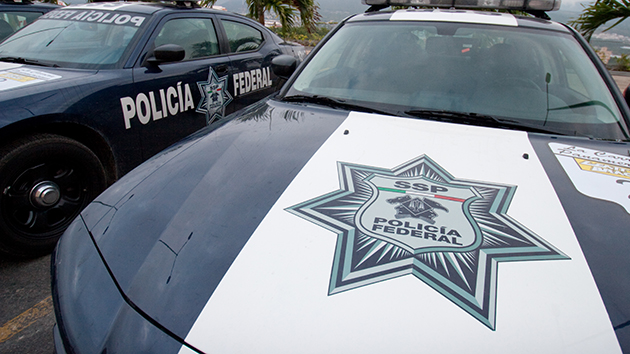 tillsonburg/iStock(CULIACÁN, Mexico) — The Mexican government has released several dramatic, at-times-gory, new videos showing their side of the fierce gun battle that erupted between officers and criminals in the city of Culiacán, Sinaloa state, as authorities tried to arrest one of the sons of infamous drug kingpin Joaquin “El Chapo” Guzman.Mexico’s Defense Minister Luis Crescenci Sandoval Gonzalez said during a news conference Wednesday that on Oct. 17, authorities were forced to cease the arrest of Ovidio Guzmán López, 28, because members of organized-crime groups had started targeting civilians and had set fire to a military housing building, according to El Universal newspaper.The deadly gunfight erupted in the Mexican city after cartel fighters attacked security forces who were trying to arrest Guzmán López, one of Mexican drug lord El Chapo’s sons.There was an arrest order for Guzmán López based on a Sept. 13 U.S. extradition request, according to the military.El Chapo was sentenced to life behind bars in the U.S. in July, after he was found responsible for violence, including murders and the smuggling of narcotics into the U.S., by a New York jury. The crime kingpin achieved notoriety for his drug empire — as well as breaking out of two Mexican jails.One video released Wednesday by Mexican authorities showed the moment officers detained Guzmán López at the house. Asked whether he is armed, Guzmán López, who is wearing a black cap, says he is not. An unidentified woman who was also in the house and whose face is blurred in the video warns authorities that there are children inside.Later, Guzmán López is seen on the phone, surrounded by armed officers, and he is asked to tell his fighters to stop shooting at the officers. Guzmán López is able to reach his brother, Iván Archivaldo Guzmán Salazar, on his phone, but his brother refuses to stop the fighting and shouts threats against the military and their families.Guzmán López can also be heard, saying, “I’ve turned myself in,” and later, “I don’t want there to be riots.”In a presentation Wednesday that included the timeline and map of the firefight, authorities said that at 2:30 p.m. local time, the military began its operation and surrounded the building where they believed Guzmán López was located. At 2:50 p.m., Mexican forces reported that they were under fire and by 3:15 p.m., Guzmán López had emerged from one building into a garage area where the Mexican military was located.A few minutes later, he was told to make the call to his brother while nearly eight minutes after that call, the first reports of Mexican forces being injured began rolling in. More than 20 minutes later, vehicles with armed people arrived near the house and three minutes later armed vehicles had surrounded military bases in other parts of Sinaloa.The videos appear to be from helmet cameras worn by Mexican security forces as well as city surveillance cameras. In the videos, there is the constant crackle of gunfire. In other videos, cartel members can be seen jumping out of cars, commandeering vehicles and racing on city streets to join the fight against military officers holding Guzmán López.Video posted online previously from the city showed children hiding with their parents behind cars waiting for the gunfire to stop and terrified residents abandoned their cars on the streets and ran as shooting sounded behind them. Images showed the skies above Culiacan darkened with smoke from burning vehicles.Mexican President Andres Manuel Lopez Obrador defended local authorities’ decision to call off the deadly raid in Sinaloa Cartel territory and release Guzmán López, saying one criminal wasn’t worth risking the lives of others in the area.”They made decisions that I support, that I endorse, because the situation became very difficult and many citizens, many people, many human beings, were at risk. And, it was decided to protect people’s lives. I agreed with that because it’s not about massacres — that is over,” Obrador said during a news conference on Oct. 18. “They (local authorities) took that decision and I supported it.”At least 13 people were killed, according to local reports.One video released Wednesday by authorities showed military being attacked by gunfire as well as a military soldier being helped after suffering a severe leg injury.

Police suspended the operation at about 6:49 p.m. Mexico City time. There was no formal arrest of Guzmán López, authorities said.Guzmán López was later released in a swap after cartel members captured several Mexican security forces.”The war was not waged. The confrontation and the life of the people was taken care of. It is the most valuable, the most important, the sacred. Don’t risk anyone’s life,” Obrador said during Wednesday’s news conference. “It is no longer to face violence with violence, evil with evil. There is no war against drug trafficking. We will not expose the lives of civilians with the euphemism of collateral damage. That is over. We want peace and as we have said, it is the fruit of justice. Here it is a new security paradigm.”Copyright © 2019, ABC Audio. All rights reserved.