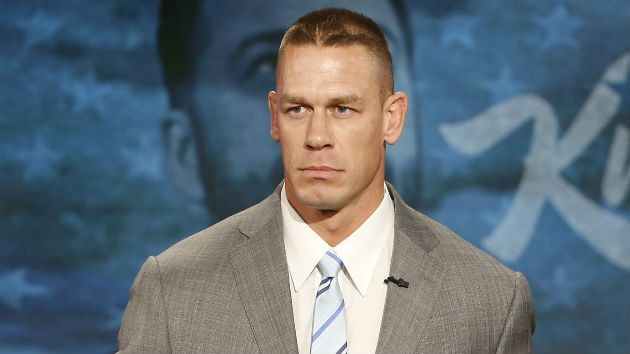 ABC/Randy Holmes(LOS ANGELES) —  John Cena, who plays a firefighter in the upcoming comedy film Playing with Fire, opening November 8, has pledged to donate $500,000 to the first responders battling the wildfires in Northern California.

In a video posted to Twitter on Monday, which was National Firefighters Day, the actor and WWE superstar explained the film “showcases a group of people I believe are heroes — first responders,” adding that in California, real first responders are “working around the clock and they need our help.”

“Today, I asked myself, ‘What can I do?’  I have come up with an answer,” Cena continued.  He went on to say that he’s asked Paramount Pictures, the studio behind the comedy, to choose a charity that “aides our first responders as soon as possible,” and he’ll donate the money to their pick.

“On behalf of Playing with Fire and out of respect to the people that I truly believe are heroes, my response will be to immediately donate half a million dollars to this cause,” he continued.  “This is the right thing to do and I am doing my part to help the cause. I wish everyone the best of luck, please stay safe and you are our heroes.”

Paramount Pictures honored Cena’s request, tweeting their choices of the California Fire Foundation and the Los Angeles Fire Department Foundation. The organizations, the company explains, “provide essential services to the dedicated firefighters who are working tirelessly to keep us safe.”

Cena, in response, called the organizations “two incredible choices,” adding “a total of $500K is coming your way” on behalf of Paramount and the cast of Playing With Fire.