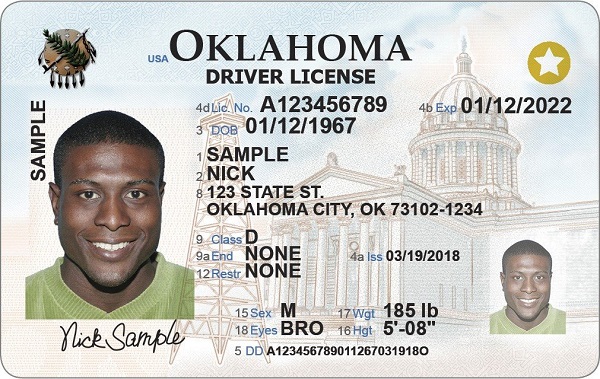 Oklahomans got a look at the new look drivers licenses that will roll out next year in compliance with the REAL ID act.

The REAL ID Act was put in place in 2005 to improve the reliability of state-issued ID’s, making it harder for terrorists to obtain fake identification.

However, in 2007, the state passed a law that declared that Oklahoma would not be complying with the law over concerns about how the ID info was being stored.

Oklahoma has been one of few states who have not complied with the REAL ID act and they have been granted several extensions since 2007. Oklahoma officials plan to issue the REAL IDs on April 30th, 2020.