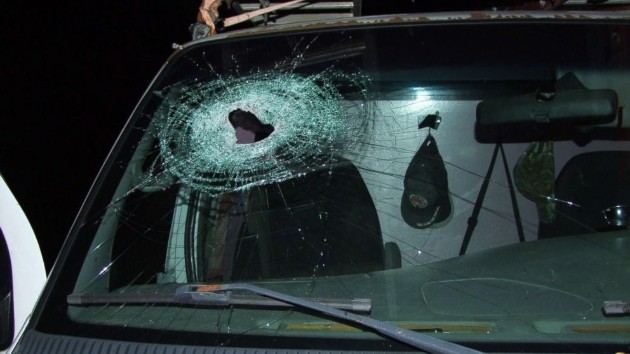 Genesee County Sheriffs Office(NEW YORK) — The accused ringleader of a group of Michigan teens who killed an automobile passenger by throwing rocks off an overpass was sentenced Tuesday to between three and 20 years in prison. Kyle Anger, who turns 20 years old this week, was part of a group of five teens charged in connection with the 2017 death of Kenneth White, 32, who was riding in a van on Michigan’s Interstate 75 when a large rock came crashing down from an overpass.The teens were trying to “make contact in this (game) called ‘Overpassing’ — to be able to say aloud ‘Dinger!’ when a car was hit,” said Genesee County Circuit Court Judge Joseph Farah.Anger, who was 18 the time, was the oldest of the teens involved and the one who threw the rock that struck White, according to prosecutors. Anger pleaded guilty to second-degree murder in exchange for other charges being dropped. His sentence of 39 months to 20 years in prison includes credit for 740 days spent in jail since his arrest in 2017, according to Flint, Michigan, ABC affiliate WJRT-TV. He is also required to pay $7,000 in restitution to White’s family.The four other teens, Mark Sekelsky, Alexander Miller, Trevor Gray and McKayden Payne, sought to be tried as juveniles when they entered pleas in July of 2018. But this past July, Judge Farah rejected that request and instead ruled that they would be tried as adults, saying, “The seriousness of the alleged offense is as high as it gets. This is a homicide.” The four teens subsequently accepted plea agreements for manslaughter.”We just weren’t thinking what the outcome could be of it, and just doing dumb stuff,” Anger told the judge about the game the teens were playing. White and his friend Steve Amthor were driving home from work on Oct. 18, 2017, when Amthor said he saw a large rock coming toward the vehicle. The rock entered the passenger side through the windshield, hitting White in the face, and then ricocheted from his face to his chest, authorities said. Copyright © 2019, ABC Audio. All rights reserved.