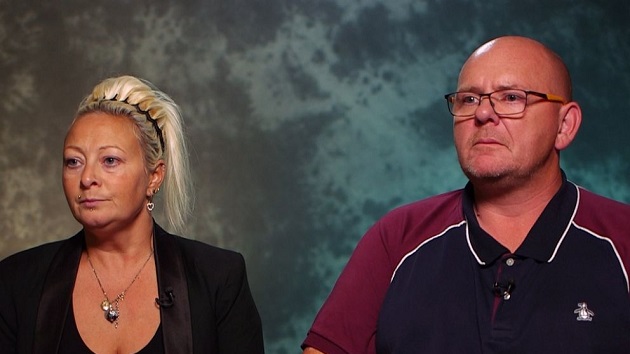 ABC News(LONDON) — The parents of a British teenager killed in a crash that is said to have involved an American diplomat’s wife are planning to sue the Trump administration for lawless misconduct and a cover-up, according to a spokesperson for the family.Harry Dunn was riding his motorcycle along a roadway in the village of Croughton, England, on the night of Aug. 27, when a car traveling in the opposite direction on the wrong side of the road hit him head-on. The 19-year-old was taken to a nearby hospital where he died soon after, according to Northamptonshire Police.The driver of the car is thought to be Anne Sacoolas, a 42-year-old U.S. citizen married to an American diplomat who works at a British military station housing a base operated by the U.S. Air Force. The fatal collision occurred less than a mile down the road from the base.Sacoolas fled the United Kingdom after reportedly claiming diplomatic immunity, which protects diplomats and their family members from prosecution or lawsuits under the host nation’s laws.In a letter to Dunn’s parents, obtained by ABC News, British Foreign Secretary Dominic Raab said that Sacoolas is no longer covered by diplomatic immunity since she fled the country.Although they have not officially named her, Northamptonshire Police are treating Sacoolas as a suspect in the fatal crash investigation and said last week that its officers will be traveling to the United States to interview her. Other British officials, including the prime minister and the foreign secretary, have identified Sacoolas by name and have called on the U.S. government to intervene.Dunn’s parents, Tim Dunn and Charlotte Charles, have repeatedly called on Sacoolas to return to England to face them and the investigation. Sacoolas’ lawyer, Amy Jeffress, said her client is “devastated by this tragic accident,” has “fully cooperated” with police and wants to meet with Dunn’s parents.Earlier this month, Dunn’s parents traveled to the U.S. seeking justice for their son. Their high-profile trip took an unexpected turn when they were invited to meet with President Donald Trump at the White House on Oct. 15.They met the president in the Oval Office where several other people were present, including photographers and Trump’s national security adviser, Robert O’Brien. When Trump revealed that Sacoolas was waiting in another room to meet with them, the family declined, saying they wanted to meet with her on home soil.After announcing last week that they would be taking legal action against the U.K. Foreign and Commonwealth Office, the Dunn family spokesman, Radd Seiger, revealed on Tuesday that they will also bring claims against Sacoolas in the United States “for civil damages” as well as the Trump administration “for their lawless misconduct and attempt to cover that up.””The family did not want any of this,” Seiger told ABC News in a statement. “They simply wanted the police and authorities on both sides of the Atlantic to do the right thing for them and ensure justice was done.”Seiger noted that the family has tried in vain to work “behind the scenes to try to avoid any dispute and to find a solution to the issues without the need to involve lawyers.””As demonstrated by the disgusting stunt that President Trump and Robert O’Brien tried to pull in the Oval Office exactly two weeks ago today, when the family were lured to the White House under a pretense only to be ambushed by the administration who tried to engineer a grotesque meeting between Mrs. Sacoolas and Harry’s parents, the Trump administration is not only hell bent on breaking international laws, rules and conventions on diplomatic immunity, but they have no care or concern for the welfare of Harry’s family or any real intent on finding a solution,” the Dunn family spokesman said.”President Trump told mum Charlotte at the meeting that we would look to approach the problem from a different angle, but the family have heard no further and have no faith in his words. Sadly, the only option available to them now is legal proceedings.”Seiger also accused the Trump administration of having “tried to twist and contort the laws on diplomatic immunity to argue that Mrs. Sacoolas should be permitted to skip the U.K. after her actions and escape justice.””That is not how it works and the family will not stand for it,” he added. “They intend to take their case to federal court and expose the Trump administration’s actions here for what they are, a wanton and total disregard for the law. Copyright © 2019, ABC Audio. All rights reserved.