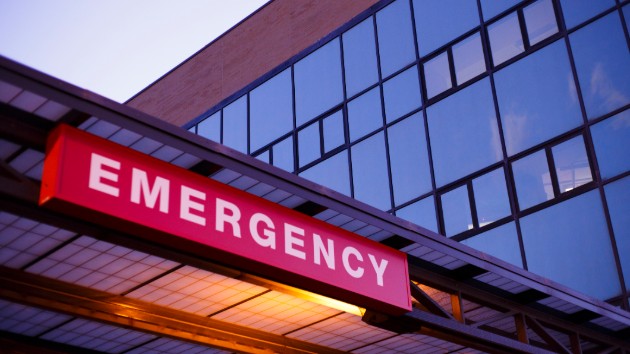 MJFelt/iStock(NEW YORK) — The revelry of one of the most festive days of the year — and the spookiest — often carries over into hospital emergency rooms, where doctors and nurses treat patients who may have taken their Halloween celebrations a bit too far.Multiple emergency room doctors described working in the ER on Halloween night as “memorable.” “Suffice to say, you can get a clown in one room, a Dracula in the other room,” Baruch Fertel, director of quality and operations for the emergency departments in the Cleveland Clinic Health System, told ABC News.Sometimes, there are contests among the staff on who’s taking care of the patient with the best costume, Michael Ethan Stern, emergency medicine physician at NewYork-Presbyterian/Weill Cornell Medical Center, told ABC News.Staffers often embrace the day and dress up themselves, but they have to wear costumes that can be removed quickly.”No clown makeup,” Ronald I. Paul, professor of pediatrics and emergency physician at Norton Children’s Hospital in Louisville, Kentucky, told ABC News. “If it’s a serious case, you can’t go in with clown makeup.”Here are some stories doctors regaled ABC News with about their experiences working on Halloween:Attack of the opposing magnetsA Kentucky doctor described a case about a tween who got a little too enthusiastic when trying to fake some piercings.About 15 to 20 years ago, the boy, between 10 to 12 years old, wanted to make it look like he had a nose piercing as part of his costume, Paul told ABC News.He did so by attaching a piece of metal to the outside of his nose and putting a magnet inside the nostril, which worked — but maybe a little too well.The boy liked it so much that he decided to replicate the process on the other side, not realizing that the magnets on either side would attract each other, with only the cartilage of his septum to separate them.This ended up being a “very painful” several hours for the teen, who had been transferred to Paul from a different hospital where the boy’s parents had previously taken him.The doctors tried to remove the magnets using a medical tool but couldn’t grasp them. They then started an IV drip to sedate him and help with the pain before Paul and his resident trainee got on either side of him in an attempt to remove the magnets on the count of three.While Paul was able to grasp the magnet on his side, the resident slipped, but as Paul was able to separate the two, the magnet then stuck onto the tool the resident was holding.Paul still has the X-ray he took that night, describing the look of the skeleton with magnets on either side of the nose as “cool.”Had the kid stuck to just one side, he could have saved himself a trip to the emergency room, Paul said.Parallels of the creepy crawlersAbout 16 years ago, a woman in her 30s landed in the emergency room after an insect crawled into her ear, said Manish Garg, emergency medicine physician at NewYork-Presbyterian and emergency medicine residency program director at Weil Cornell Medicine and Columbia.Garg happened to be covering both the adult and pediatric sides that night and happened to come across an “adorable” 3-year-old boy who also had something jabbed in his ear, he said.After Garg removed the insect from the woman’s ear, he went to check on his younger patient. When he looked inside, he found a green and yellow gummy worm. The child had gotten into the Halloween candy and performed some experimentation on it, Garg said.Once Garg spotted the wayward candy, the boy conveyed a look of both relief and disappointment, he said.”He had that look of, ‘I’m in trouble,"” Garg said. “I remember looking in, and he looked me in the face as if to say, ‘OK, old man. This is between you and me. You know what’s in there. Let’s not tell mommy."”After Garg extracted the gummy, the boy looked at his mother as to say, “Sorry. It won’t happen again,” Garg recalled.Both patients were “totally fine” after the foreign objects were removed, and neither needed antibiotics, Garg said, adding that they even appeared to bond over the experience.Don’t drink the green stuffAn emergency room doctor once discovered which poison his patient had ingested just in time, he told ABC News.A boy in his late teens came into the emergency room about five or six years ago after drinking a green drink at a Halloween party, Fertel said.Turns out, the teen had imbibed some green liquid antifreeze that had been taken out of its original container, mistaking it for a festive punch, Fertel said.Although the boy knew the drink “tasted funny,” he didn’t know what he had ingested. The medical team was able to figure it out after a quick bedside test of staining his eye and holding up a woods lamp to it — the same process used to see if someone has a laceration to their cornea.Doctors were then able to get an antidote to the teen in time, which he “fortunately” responded well to. Before the antidote was created, people would have to go through dialysis to rid their bodies of the poison, Fertel said.Fertel reminded people to keep dangerous substances in their original, labeled containers to avoid a similar situation.

Is the blood real or fake?Stern had a run-in with a father whose Halloween makeup was just a little too good.More than five years ago, a father who was accompanying his young children as they went trick-or-treating dressed up as a vampire, Stern said.The father, who was in his mid to late-30s, was so committed to the costume that he wore a full face of makeup, fangs, a cape and dried blood around his mouth, Stern said.He came to the emergency room with abrasions on his face and fractured bones in his leg lower after he was struck by a slow-moving car while crossing the street. Thankfully, none of the kids were harmed.But when he got to the ER, the makeup and blood around his mouth was so realistic that the medical staff could not immediately find his injuries, Stern said.”Some of the blood was makeup, and some was real,” he added, describing it as a “Halloween-specific problem.”The father was otherwise OK, treated and released, Stern said.The wrong solution to a beauty problemGarg described another incident that occurred during the Twilight craze in the late 2000s.A woman in her mid-20s dressed up as a vampire and thought she found the perfect fix to getting her fake eyelashes to stick as she raced to get ready for a Halloween party.She used super glue — which meant they adhered but wouldn’t come off, and she stumbled into the emergency room around 2 or 3 a.m., Garg said.”She had a great night, but had a long emergency department after-party with me,” he said.Her medical team had to use mounds of petroleum jelly to get each lash off one by one. At first, the lashes wouldn’t budge, but after a lot of rubbing, they loosened up. The whole process took about an hour and a half.”These lashes were holding on for dear life,” Garg said.Those tending to the woman had to be careful not to pull any of her eyelashes off, because some people have conditions where they can’t grow their eyebrow or eyelash hair back, he said.Garg hopes the woman learned her lesson, adding that he never saw her again.Advice from doctors on how to stay safe on Halloween:Watch out for cars. Halloween is one of the deadliest days of the year for pedestrians, according to the National Highway Traffic Safety Administration. Make sure children’s costumes are tailored so they won’t trip on them, or if they include a mask, ensure that it doesn’t cover their eyes or peripheral vision as they walk from house to house. If a child’s costume is dark, place a blinking light or reflector on it or have them carry a flashlight. Also, be sure to follow traffic rules for pedestrians on busier streets.Stay hydrated. Some store-bought outfits are made from polyester, which can overheat the wearer, no matter how cold it is outside. Maybe consider giving juice boxes instead of, or in addition to, candy for trick-or-treaters.Sift through your children’s candy. Don’t let them eat anything that isn’t store bought, has been pre-opened or is made from ingredients they’re allergic to. Also, check labels for treats laced with CBD or THC, as they can often appear to be innocent snacks.Practice safety with candles. Whether they’re used as party decor or to light a jack-o’-lantern, doctors have seen bad cases of house fires caused by a candle that’s knocked over and burns on patients from them.Party in moderation. Some of the patients doctors see most often on Halloween are those who are drunk or have taken too many “toxic illicit substances,” Stern said. When partaking at Halloween parties, adults should be mindful of their limits and be sure to eat a full meal beforehand.Dress appropriately. People often ignore the forecast because they don’t want to ruin their perfect costume, but that’s a recipe for hypothermia.Copyright © 2019, ABC Audio. All rights reserved.