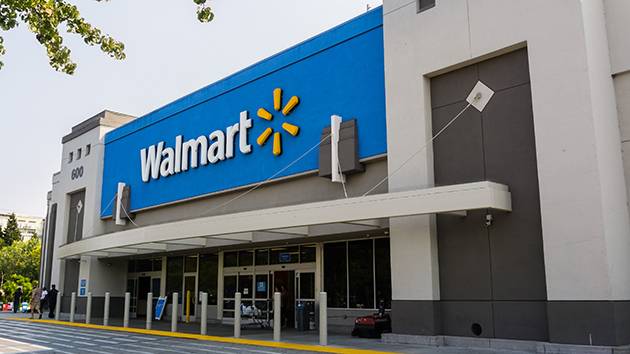 Andrei Stanescu/iStock(NEW YORK) — The Department of Justice filed a lawsuit against Walmart on behalf of a Navy reservist who says the retail giant didn’t hire her because of her upcoming naval reserve duties.Lindsey Hunger, a petty officer third class, applied for a summer job in May 2016 at a Walmart in Grand Junction, Colorado, while she was a member of the Naval Reserve, according to a statement from the DOJ on Wednesday.After she applied online, Hunger says a Walmart rep called her. At the conclusion of their call Hunger says she mentioned that she had a mandatory two-week training for her Navy Reserve duty during the summer, and the Walmart personnel coordinator said that they could not support that time off, ended the call, and never called Hunger again, according to the DOJ. Hunger, a mom of two, could not find another job that summer or fall.“Service members risk their lives to protect all of us. They deserve our full support, and the law does not permit employers to use military service as a reason to deny service members jobs and other employment opportunities,” assistant attorney general Eric Dreiband of the Civil Rights Division at the DOJ said in a statement.“Defending service members is very important, and the U.S. Department of Justice will continue aggressively to enforce the Uniformed Services Employment and Reemployment Rights Act and other federal laws that protect service members.”At the time, Hunger was required to document her job search to receive public assistance benefits and needed to provide a reason why Walmart rejected her, as per court documents.Hunger called back the Walmart personnel coordinator and says she received confirmation that “Walmart was not hiring her because of her two-week annual Navy Reserve training,” according to the complaint. After telling the coordinator that this was in violation of her USERRA rights, the complaint alleges the coordinator “responded that she did not know what the USERRA was.”U.S. Attorney Jason R. Dunn of the district of Colorado added that members of the Armed forces “routinely make personal sacrifices to protect our nation.””The least we can do as a nation is ensure they aren’t discriminated against for making these sacrifices,” Dunn said in a statement. “When such discrimination does occur, this office and the Department of Justice will step in to right that wrong.”Walmart called the allegations of discrimination “extremely disturbing” in a statement to ABC News.”We do not tolerate discrimination of any kind and the allegations being made are extremely disturbing. We have policies and training in place to help ensure we are compliant with all laws, including USERRA. We take this seriously and will respond with the court as appropriate,” the statement said.It continued: “We’re one of the largest employers of both active military and veterans. At any given time, Walmart has several thousand associates on military leave of absence. In 2012, Walmart signed a Statement of Support for the Guard and Reserve and we remain committed to our military members.”Walmart also said that it is one of a handful of employers who have signed the Statement of Support for the Guard and Reserve pledge.Copyright © 2019, ABC Audio. All rights reserved.

Oatly, Stumptown among the 53 products recalled for potential microbial contamination