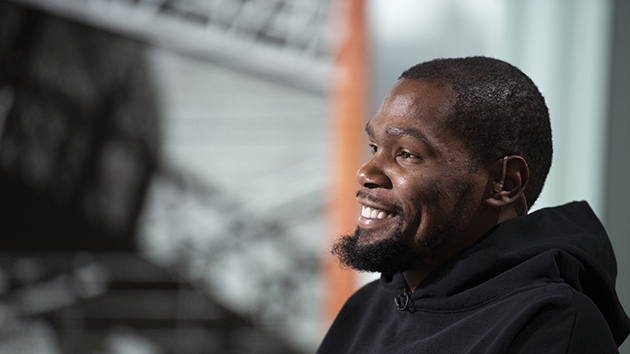 Photo by Ben Solomon / ESPN Images(NEW YORK) — Last season’s spat with then-teammate Draymond Green played a role in Kevin Durant’s decision to leave the Golden State Warriors, Durant told ESPN’s First Take on Thursday.”I wish that wouldn’t have happened,” Durant said about the incident. “I feel like that was a situation that definitely could have been avoided. It really came out of nowhere.”During a loss to the Los Angeles Clippers last season, Durant and Green got into an argument on the court. That tension lasted after the game, eventually leading the team to suspend Green for one game without pay.”Draymond knew that he was out of line,” Durant said Thursday. “As men, we talked about it and everybody around us tried to get us to mend it fast because of the season and we wanted to win. But he had his process on how he wanted to handle it and I had my process and eventually we came together.””I mean, your teammate talked to you that way, you think about it a bit,” Durant said when asked whether the argument was a factor in his free agency decision. “We talked about it, but definitely [it was a factor], for sure, I’m not going to lie about it.”Durant eventually clarified that he felt like he needed a change. “I felt like a lot of stuff in Golden State had reared its head,” he said. “I felt like it was going to be the end no matter what, especially for that group.””It was time for all of us to separate.”Copyright © 2019, ABC Audio. All rights reserved.