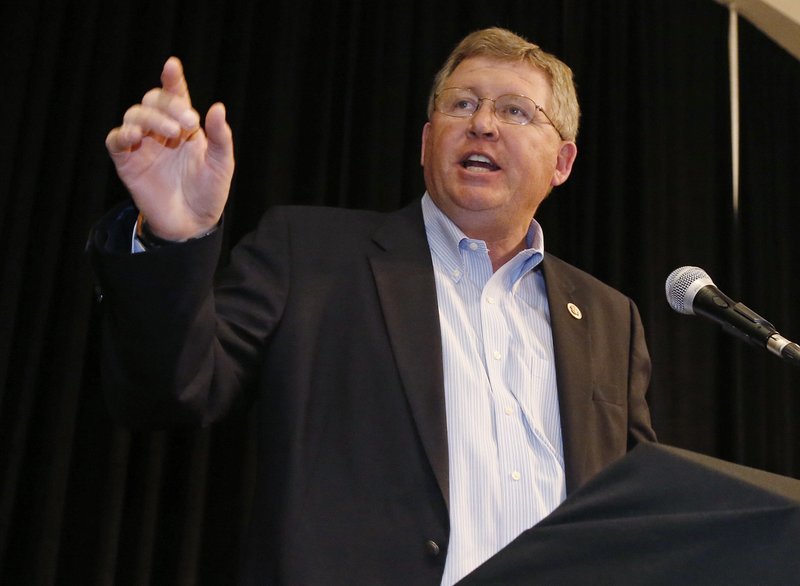 Congressman Frank Lucas released the following statement in response to the passage of H.Res. 660, authorizing the House to conduct a presidential impeachment inquiry. Lucas opposed the resolution:

“The process before the House should have been based on three pillars: facts, truth, and accountability. The impeachment process is one of the most impactful responsibilities a Member of Congress shares with his or her colleagues. As an institution of, by, and for the people, the House should always strive to be inherently factual and objectively truthful. Yet sadly, the spirit at which this process has been conducted is far from what it should be.

Speaker Nancy Pelosi and Chairman Adam Schiff have broken with their congressional predecessors by disregarding regular order, consequently leaving the American people in the dark. The process which Democrats have long called transparent and formal has been anything but that.

This process isn’t fair. And the procedures adopted today do nothing to correct that. The process the House has laid out with the passage of this resolution fails to preserve the right of the minority, it fails to ensure the right of due process for the President, and it fails to guarantee that the alleged evidence be published for the American people to judge for themselves. This investigation and those participating should have been factual, truthful, and accountable to the American people from the beginning, yet instead the House is proceeding with a process that is just another partisan exercise- one House Democrats have been pushing since the day President Trump was sworn in.”