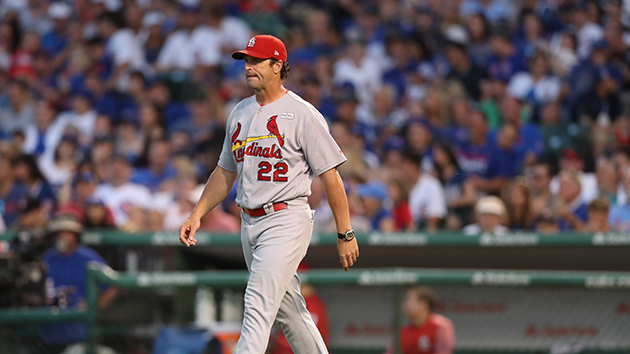 Photo by Allen Kee / ESPN Images(KANSAS CITY, Mo.) — Former Saint Louis Cardinals manager Mike Matheny has been hired as the manager of the cross-state rival Kansas City Royals.Matheny, a long-time catcher for the Cardinals, as well as the Milwaukee Brewers, Toronto Blue Jays and San Francisco Giants. In seven seasons at the helm in Saint Louis, Matheny went 591-474, including four posteason appearances and one World Series berth.The 49-year-old had been hired by Kansas City as a special adviser for player development. He will now take over for Ned Yost, who announced his retirement last month.Since reaching the World Series in 2014 and 2015, the Royals have regressed, missing the playoffs each of the last four years. The team has lost more than 100 games in each of the last two seasons.Copyright © 2019, ABC Audio. All rights reserved.