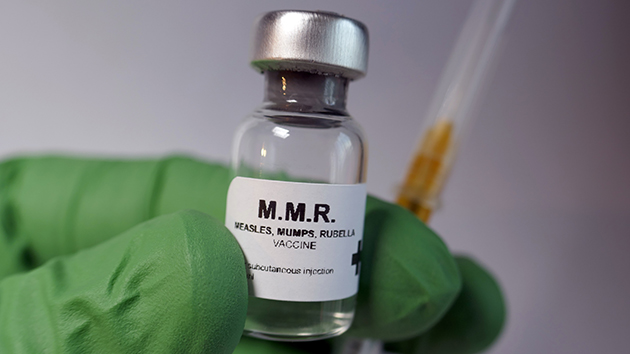 Hailshadow/iStock(NEW YORK) — Measles isn’t just deadly — the disease also can cause long-term damage to a person’s immune system, according to research published this week in journal Science Immunology.”We have known for a number of years that measles could result in increased susceptibility to other diseases, but we didn’t know how or why,” said Colin Russell, one of the study’s co-authors and a professor of applied evolutionary biology at the University of Amsterdam.A measles infection changes the body’s immune response, Russell explained, effectively erasing the immune system’s memory of previous infections. For most of the population, this erasure is temporary, and after a few months, people recover lost antibodies.But in about 10% of the population, it’s a much longer process.”They get reset to be like babies all over again,” Russell said of people with that longer-term immune reaction.One limitation of the study was its small size. Researchers took blood samples from 26 unvaccinated children in a Dutch Orthodox Protestant community in the Netherlands before and after those children contracted measles; it analyzed the children’s cells before and having had the disease.None of the children in the study contracted measles case severe enough for them to be hospitalized.Russell compared the immunosuppressant effect of measles to the immunosuppressive drugs patients take before having an organ transplant.”When we do organ transplants, you basically have to turn off their immune system,” he said.The 10% of kids with wiped immune systems are “basically like transplant patients,” he added.While most kids will return to normal functioning relatively quickly, for those with a strong immune response, it could take as long as five years to regain full immune capacity.During that time, like organ transplant patients, kids are vulnerable to new infections.Another study this week, published in the journal Science, reported complementary findings. Researchers found that measles virus destroyed between 11% and 73% of antibodies that people had built up against diseases to which they’d become immune.The two new studies are especially crucial given the rising worldwide threat of measles.Cases nearly tripled between 2018 and 2019 according to preliminary measles reporting data, the World Health Organization reported. In 2017, 110,000 people died of the infectious disease.Those numbers, coupled with an expanded understanding of measles’ effect on the immune system, “really underscores the importance of measles vaccination,” Russell said.”Would you give your kid immunosupressive drugs?” he asked. “If you don’t get vaccinated against measles, you are running that risk.”Copyright © 2019, ABC Audio. All rights reserved.

300,000 US COVID deaths could have been averted through vaccination, analysis finds

‘COVID has taken a lot from me’: Inside one long hauler’s recovery